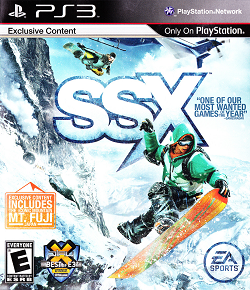 This is the 66th instalment of our first impression video series. Today, we are playing SSX for the first time.

Welcome to the 66th instalment of our first impression video series. Today, we are playing the Playstation 3 game, SSX for the first time. You can check out the video directly on YouTube or in the embed below:

I had to look it up after recording, but the racing game that had a similar concept to the rewind feature was Grid 2. So, interesting to see this feature pop up in this game as well.

Do you remember this game? Was it a great way to cap of this franchise or was it a letdown? Were you able to get some good solid enjoyment out of this game? Also, for those of you who have played other instalments of this franchise, were you like me and enjoyed it a lot or am I weird for thinking this was a good series?