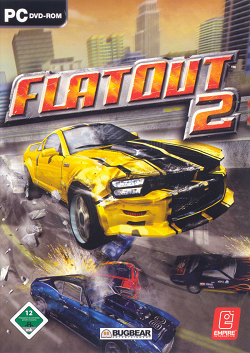 This is the 52nd instalment of our first impression video series. Today, we are playing FlatOut 2 for the first time.

Welcome to the 52nd instalment of our first impression video series. Today, we are playing the PC/Steam game, FlatOut 2 for the first time. You can check out the video directly on YouTube or in the embed below:

We didn’t run into any boot problems, but we were doing multiple other things that required killing this known problematic task. So, here’s the instructions from one of our previous videos we had that might help you in the event this game doesn’t boot:

“If the game repeatedly doesn’t boot and you’re on an ASUS desktop, try going into your task manager and kill the SS3Svc32.exe process. Once you kill the process, try booting your game again.”