In this seventh part of our Illustrator guide, we’ll show you how to use special effects. Additionally, we touch on calligraphy.

In the previous part of our guide, we discussed transparency and how to use a clipping mask using text. In this part of our tutorial, we talk about how to add special effects. After that, we are going to cover calligraphy.

We did go over a little bit about transparency in a previous part. This is a nice effect, but Illustrator is capable of a whole lot more in terms of special effects. First, let’s start with an object. It can be anything, but for illustrative purposes, I’m going to use both a square and text:

Now, a very common effect outside of transparency is a drop shadow. Drop shadow’s can help differentiate between the object and the background. It can also add depth to your image as well. So, first, we are going to select an object, then go to the “Effect” dropdown menu:

Now, this is going to bring up a drop shadow pop up window. Now, you might think, “Well, that’s just great, I can’t really preview this effect!” Actually, that’s not true: 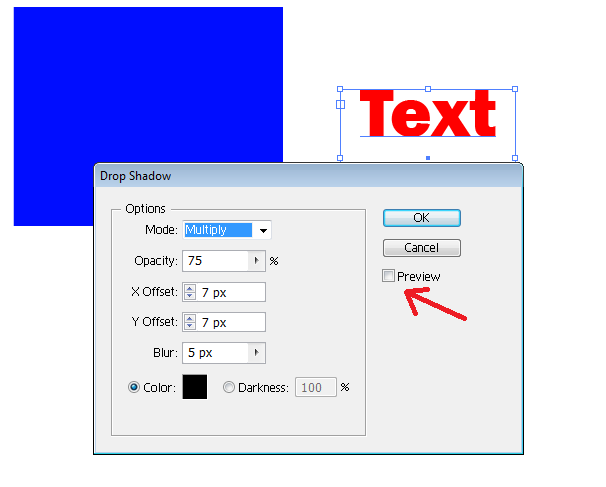 As you can see in the above screenshot, you can tick a box that says “Preview”. The effect is that you can preview your drop shadow no problem on your text:

As you mess around with things like blur, shadow offset, colour, etc., you can actually see the results in real time and get the results that you want. When you have what you want, you can click on “OK” to apply the effect.

In the bottom right hand pane that contains your layers, you’ll notice multiple tabs. One of those tabs is called “Appearance”. Click that. In that tab, you’ll see all the effects you’ve applied. Now, since we want to adjust the drop shadow, we can click on the “Drop Shadow” effect top re-open that window.

There we go! I’ve adjusted the offset of the drop shadow from 7 pixels to 10 pixels. Nice and simple!

There are, of course, other effects too. There is roughen: 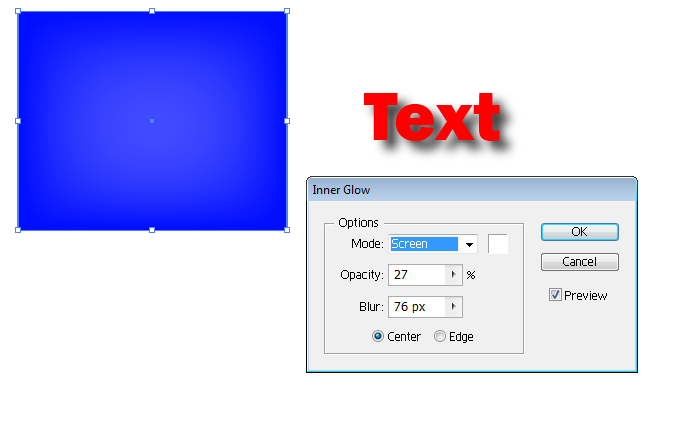 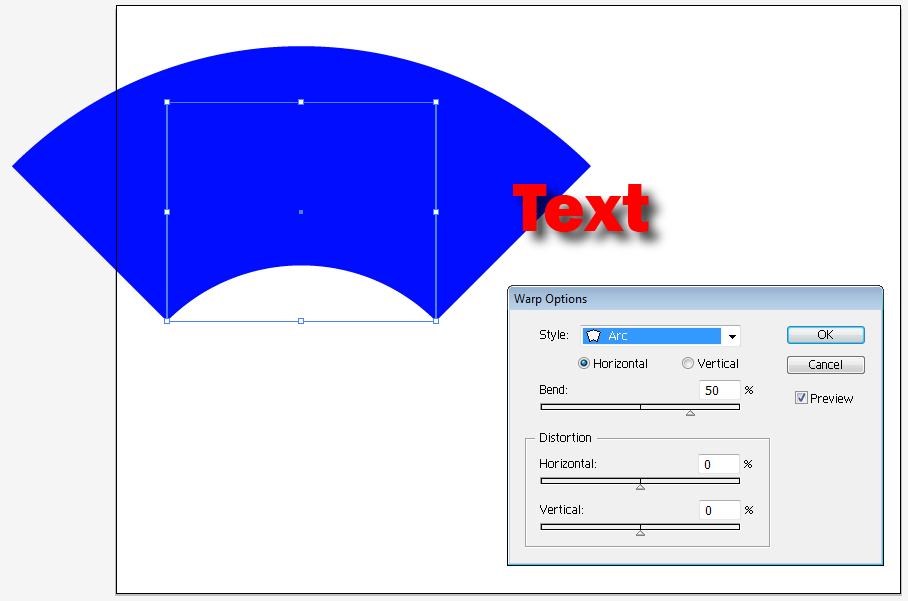 There is even a whole suite of effects available to use (Got this by trying “Glass”):

Believe it or not, we actually touched on calligraphy towards the beginning of this guide. Now, we are going to expand our knowledge on this.

Generally speaking, calligraphy can edit a line you can make in Illustrator. Rather than a straight line, you can have it perform something that is much more stylized. First, let’s make a curvy looking line with the pen tool: 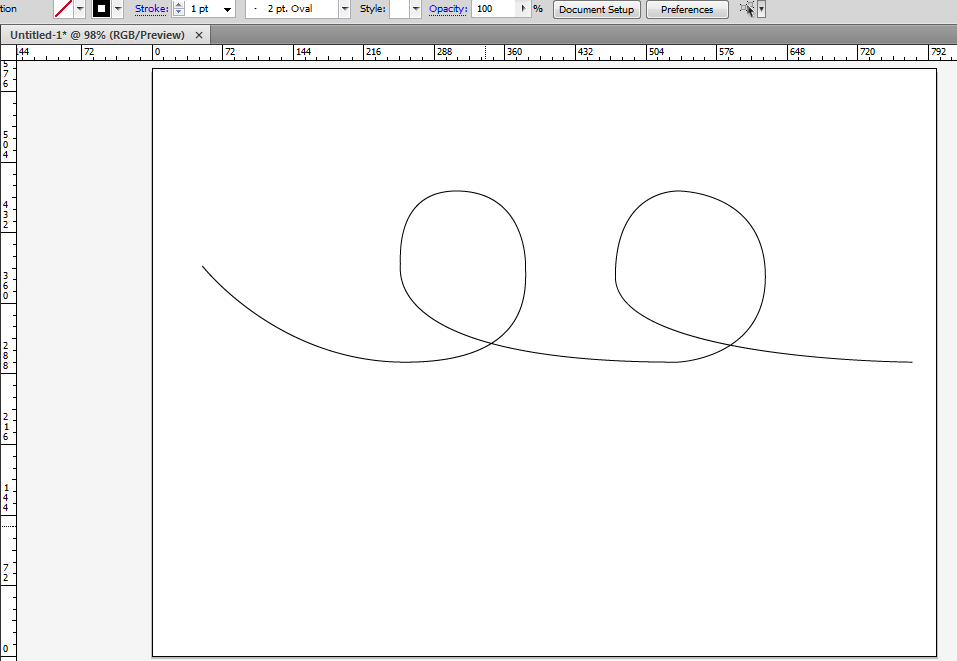 OK, nothing too special. Just a hastily drawn line with loops. What if we wanted to make it look like someone used a felt-tipped marker to draw that line. Well, in the drop down menu along the top, we can select a differently styled stroke:

Now, let’s look at the results: 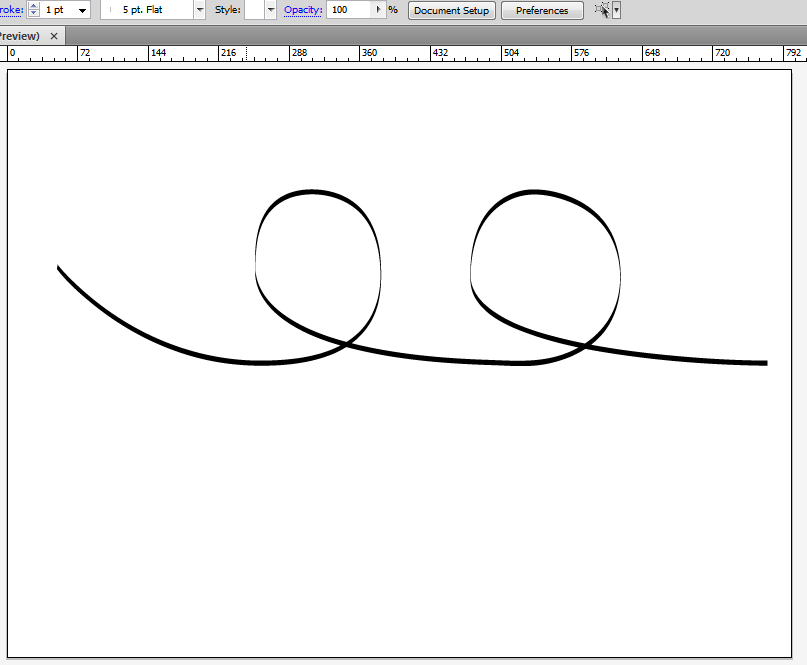 That actually looks kind of neat.

Let’s re-select our object and add some width to the stroke:

Now, it looks less like a felt tipped marker and more like a party streamer. Still, it’s a neat effect.

Of course, we can go well beyond this. Let’s scroll down the menu. Here’s one that’s labelled “Charcoal”. I’ve made it into a 3 point stroke:

Now, it’s worth pointing out that some calligraphy only works on a straight line. Here’s one called “Text Divider”: 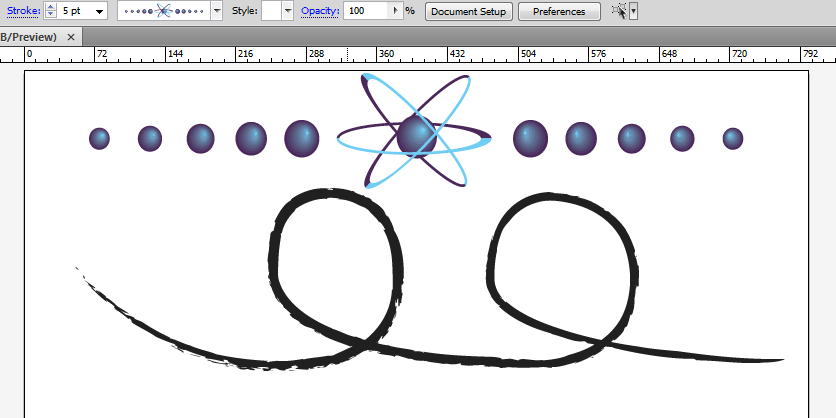 Now, you might be looking at that menu and thinking, “Huh, that’s not really a whole lot to work from. This dropdown menu is actually a small fraction of the “brushes” that are available in Illustrator:

There is actually a tiny little menu button on the top right hand corner. Click on that and you can find a whole brush library towards the bottom.

Naturally, this library wound up not being enough. There are huge repositories floating around the web containing Adobe Illustrator brushes. Here’s one random Google result I found: 25 brush sets. Just remember to scan for malware before using any of them.

Alternatively, you can even make your own brush. Simply go back into the tiny corner menu and select “New Brush…”:

After that, select the type of brush you want to make:

From there, it’s just trial and error.

That’s it for calligraphy!

< Transparency and the Clipping Mask | Index | Final Thoughts on illustrator >