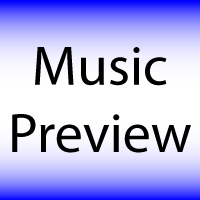 In this exclusive sneak peak, we check out the album Psy’Aviah – Soul Searching. The album is another upcoming release.

Earlier this year, we had the pleasure of previewing the EP Dream Fever. It’s been a while, but recently, we got another release dropped in our inbox. This time, it’s a copy for the forthcoming album Soul Searching.

This album features a number of tracks including the Dream Fever track. There are two discs in this album. The first disc features a whole bunch of original tracks. These tracks feature collaborations with artists and singers like Roeland van der Velde, Lis van den Akker, Alicia May, and Dirk De Wachter.

One thing that is definitely noticeable about the tracks on the first disc is the artistic direction Psy’Aviah has taken. In previous releases, you got a variety of different styles. This includes trance, synth-pop, and a few other styles that feature heavy into the realm of the standard four to the floor beat rhythm. This is often mixed in with a number of other styles such as some more ambient styles among others.

In this album, however, you are going to get a more ambient style with elements of new age and even a dash of traditional elements. Examples of these lower BPM tracks include Becoming Human, VooDoo Love, and Hope.

Not all tracks have the more ambient slower BPM styles, though. Take, for instance, Hold On. That’s a track that could be seen as having similarities to the breakbeat style. Then there’s the track New Times which features the harder tech sound. That track blends elements of synth pop and EBM.

Then there are tracks that seem to blend a number of different elements. One such track is Train of Thought which manages to blend elements of rock into the downtempo ambient style.

Of course, the new age and traditional elements do come through in tracks like Dream Fever and The Scientific Method.

In any event, if you are a fan of the lighter variety of music and want something to chill out to, this album features a lot that will likely satisfy those needs. There is, as you would expect out of many artists, elements of experimentation as well where elements from other genre’s make appearances throughout, so it’s not strictly tied to that lighter style.

Of course, as mentioned, this is a two disc album. On the second disc, entitled Kindred Spirits, you have 16 remixes from other artists. Those artists include SD-KRTR, Rob Dust, J. Wolf, Cosmic Armchair, The Gothsicles, and STUDIO-X.

One thing is for sure, the remix side of the album features a number of ways artists are able to take tracks and completely rework them into something new. There really is something for everyone here. If you can’t find the styles you are into in the first part of the album, the second part will certainly have something for you.

Perhaps it’s my personal preference for trance, but for me, it was tracks 14, 15, and 16 that won me over on the remix half.

For those curious, the album is set to release by November 1st.

We would like to thank Psy’Aviah for passing along this album.

As always, we would like to take the opportunity to remind you that this section of the website is powered by you, the artist. If you are unsigned or are part of an independent label, and you have something that is forthcoming, feel free to drop us a line. If we find the music interesting, we’d be happy to do a write-up about it. We here at Freezenet enjoy helping others hear about new music from artists not signed by major labels.