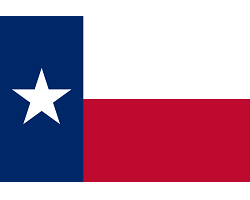 One of the most unprecedented attacks on women’s right and speech rights will continue thanks to a failed appeal by the DOJ against Texas.

It’s a seemingly one of the most unprecedented assaults on women’s right and, secondly, freedom of expression in recent memory. After the US Supreme Court made the political decision to overturn Roe V Wade, throwing out caselaw in the process, the Texas abortion law (which should have been ruled unconstitutional) has been free to wreak havoc across the United States. As a result of the law, women have been, once again, relegated to second class citizens in the eyes of the law – at least in Texas.

The knock on effect is that freedom of expression has also been broadly violated. Anyone caught giving health advice online that relates to an abortion, whether or not it even results in an abortion, could also be implicated in this law. Further, it deputizes average citizens by offering $10,000+ bounties on would-be violators of the law. Those fines can be given to people, leading to the inevitable industry of for-profit harassment mobs.

Uber and Lyft, for their part, said that they would pay the legal fees of any of their drivers getting caught up in this mess. Reddit banned a subreddit devoted to the bounty hunting efforts due to violations of rules surrounding harassment. A pro-life whistleblower website was kicked off of GoDaddy and Digital Ocean for violating the terms of service. The website owners persisted and set up shop with another hosting service related to Epik. Epik, for it’s part, ultimately pulled the plug on the site similarly citing violations of their terms of service. In the short uptime, Americans upset at the law were reportedly flooding the site with fake reports.

Of course, these developments are efforts to stop symptoms of a morally bankrupt law. Still, the amorally run state of Texas is continuing to fight to have this law stand. Earlier this month, it seemed as though that rule of law was starting to get the upper hand. A District judge issued a ruling that temporarily blocked the law from coming into force. From the BBC:

District Judge Robert Pitman granted a request by the Biden administration to prevent any enforcement of the law while its legality is being challenged.

The law, which prohibits women in Texas from obtaining an abortion after six weeks of pregnancy, was drafted and approved by Republican politicians.

The White House praised the latest ruling as an important step.

“The fight has only just begun, both in Texas and in many states across this country where women’s rights are currently under attack,” White House Press Secretary Jen Psaki said.

Judge Pitman, of Austin, wrote in an 113-page opinion that, from the moment the law came into effect on 1 September, “women have been unlawfully prevented from exercising control over their lives in ways that are protected by the Constitution”.

“This court will not sanction one more day of this offensive deprivation of such an important right,” he said on Wednesday.

Unfortunately, this brief appearance of morality would only prove to be temporary and fleeting. Chaos would soon grip the country after the Department of Justice lost the fight on appeal thanks to a right wing controlled court of appeal. From Global News:

Texas can continue banning most abortions after a federal appeals court on Thursday rejected the Biden administration’s latest attempt to undo a novel law that has become the nation’s biggest curb to abortion in nearly 50 years.

The new decision by the 5th U.S. Circuit Court of Appeals extends a previous order that for now allows the Texas law known as Senate Bill 8 to remain in effect. It marks the third time the conservative-leaning appeals court has sided with Texas and let the restrictions stand.

In a 2-1 decision, a three-judge panel of the court granted Texas’ request to keep the law in place.

It marks another setback for the Justice Department and Texas abortion providers in their efforts to derail the law, which has thus far prevailed because of a unique structure that leaves enforcement up to private citizens. Anyone who brings a successful lawsuit against an abortion provider for violating the law is entitled to claim at least $10,000 in damages, which the Biden administration says amounts to a bounty.

The appeals court ruling came after 18 mostly Southern and Midwestern states threw their support behind the Texas law, the latest signal that other Republican states are looking to pursue their own versions if the bill is upheld.

So, once again, politics has held down justice and forcefully silenced the law while politics has its way with the court system. More unnervingly is the fact that the ultimate final destination of the rule of law is at the politically controlled US Supreme Court – the very court that chose politics over the constitution and the law which allowed this nightmare to blanket America.

Whether a federal law could be passed to put a stop to this law that has defiled America’s reputation remains to be seen. That would put the fight between state and federal levels back in the spotlight. It would be an uphill battle that very easily could get messy in a hurry. Still, it’s either that or the level of people’s rights being respected will depend on gender. So, which form of ugly would you choose?