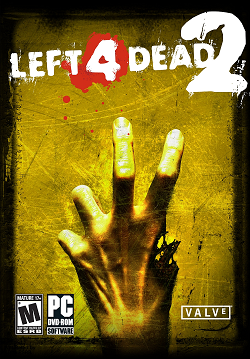 In this seventh first impression video, we try the first person shooter game Left 4 Dead 2. This game was released in 2009.

Welcome to the seventh instalment of our first impression video series. Today, we are giving the game Left 4 Dead 2 a try. You can check out the video directly on YouTube or you can check it out directly in the embed below:

At this point, we are building a bit of a collection of games now. This series had quite a humble beginning with our video on Half-Life 2. We then continued the series with Lost Coast, Episode One, and Episode Two. After that, we decided to try the game Portal.

The next seemingly natural game wound up being Left 4 Dead. So, with having given that game a try, we decided the sequel would be a natural progression.

Another thing to note is that this video also showcases our new microphone for the first time. We’re still tweaking the microphone to handle new first impression video’s, but think that there is already an improvement in audio quality. We hope this helps make the watching experience just that much better for you.

Do you remember this game? What memories do you have of this game? Let us know in the comments below!

We hope you enjoy this latest instalment and look forward to creating more in the future.