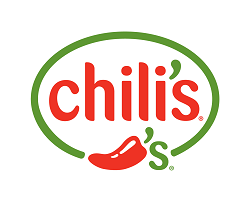 Chili’s is the latest company hit with a data breach. This time, an unknown number of credit cards have been compromised.

Chain restaurant Chili’s is the latest company to hit with a data breach. While it is known that credit cards might be compromised, the actual number is unclear. What is clear is that if you’ve used the restaurant between March and April of this year, it is advised that you monitor your credit card reports.

Malware is being blamed for the breach which was discovered on May 11. The company has now hired forensic security experts to determine the precise scope and nature of the breach. From NBC New York:

Brinker advises anyone who ate at a Chili’s restaurant during the time frame mentioned above to monitor their bank accounts, and to call their bank immediately if they notice any suspicious activity.

This represents the latest data breach and only the second one we’ve become aware of for this month so far. Last Friday, an Aadhaar linked business suffered its own data breach. In that case, 34.5 million accounts were potentially compromised. So, while the month started off slow, things still started off with a bang.