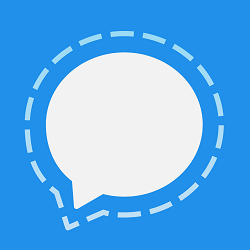 The creators of encrypted messaging app Signal says it will refuse to comply with Australia’s anti-encryption laws.

The voices of protests are only getting louder in the land down under. Earlier this month, Australia passed anti-encryption laws that would compel companies to weaken their encryption. The hastily passed legislation was met with massive protest in the country. This includes various companies threatening to leave the country over the legislation.

Now, another company is joining in on the chorus of protest over the laws. Open Whisper Systems, the creator of encrypted messaging app Signal, is now saying that it will refuse to comply with the Australian proposed laws. From Motherboard:

This so-called “technical capability notice” is the most controversial part of the law, which critics fear will allow the Australian government to essentially mandate backdoors to encryption software like secure messaging apps, or mobile devices like the iPhone.

Open Whisper Systems, the organization that makes the popular Signal encrypted messaging app, has now come out with a strong statement against the law: “We can’t include a backdoor in Signal,” developer Joshua Lund wrote in a blog post published on Signal’s official site on Thursday.

“By design, Signal does not have a record of your contacts, social graph, conversation list, location, user avatar, user profile name, group memberships, group titles, or group avatars,” Lund added. “The end-to-end encrypted contents of every message and voice/video call are protected by keys that are entirely inaccessible to us. In most cases now we don’t even have access to who is messaging whom.”

Earlier, Australia’s spy chief attempted to do some damage control for the controversial anti-encryption laws. He accused critics of hyperbole and motivated by “self-interest”

If anything, it seems that the tech sector working in Australia isn’t going down without a fight. Even though it’s going to be nearly impossible to stop this legislation, it’s hard to blame them for trying. After all, for some, self-preservation is on the line here.