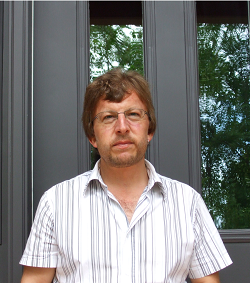 The neutrality of Canadian media is again being called into question after executives blocked an article critical of Bill C-18.

Earlier, we reported on the media flooding the Internet with false and misleading information on Bill C-18. The articles really called into question whether or not the media can be trusted with neutrality on topics that could impact their bottom line.

Now, we are learning what happens when you try and get an article published on those same media outlets that happens to be critical of Bill C-18. It seems that there is quite the reluctance to allow such articles to make it through and be published. Dwayne Winseck, a professor whose work we previously covered, tried to get an article published in a major news outlet critical of Canada’s link tax legislation (Bill C-18).

Now, in a world where the media is actually a neutral ground for productive and thought provoking idea’s, this wouldn’t be that big of a deal. After all, if pieces being supportive of Bill C-18 can be published, then you’d think that the same courtesy would be given to those who oppose it. Well, this is the Canadian media we are talking about, so naturally, that is an absolute hard “no”.

According to Winseck, the editor of this publication gave approval to the article. However, the article was sat on for days. Then, Winseck was informed that his article was “spiked”:

News just in: the short version of this post was just spiked by the defenders of liberty & free speech @nationalpost. With liberty on such shaky ground, who can you trust? Apparently, not Canada's biggest newspaper group, @postmedianet. cc @terencecorcoran @jonkay @pablorodriguez https://t.co/ALWDjiQwJX

Spiked! The commissioned short version of this post was just spiked by the defenders of liberty & free speech @nationalpost
. With liberty & fs on such shaky ground, who can you trust? Apparently, not Canada’s biggest newspaper group, @postmedianet

The article in question was posted on his site in full. Part of it reads as follows:

while the crisis of journalism that the Online News Act tries to solve is real, the bill is built on a severe misdiagnosis of the problems we face and incessant pleading by Canadian media groups, think tanks, lobbyists as well as the platforms themselves. In fact, the crisis of journalism is the result of a confluence of events that have unfolded for decades, and years before either Google and Facebook had consolidated their dominance in the last ten years. We have reported on these factors for years as part of our research at the Canadian Media Concentration Research Project:

While casting Google at Facebook as the main villains in the piece might make for a good story, it does not reflect an accurate or holistic view of the problems and is misleading. Having fundamentally misdiagnosed the issues, the idea that the Online News Act will solve the problems is wishful thinking.

Large portions of the article seem to take great pains to try and suck up to the very publications that ended up turning down the article anyway. While much of it is something that doesn’t seem to line up with what the bill would actually do (it still is a link tax), it appears to be written in such a way as to shoe-horn in some food for thought (i.e. what is in the excerpt). It is true that the Online News Act won’t really solve any of the debt problems the media is facing in the long run. What’s more is that media consolidation is a very real problem in Canada in the first place.

Throughout the whole “Freedom Convoy” temper tantrum in February, a number of conservatives basically painted the entire media landscape with the same brush as a source of lies and misinformation. Look no further than the signs that the occupiers held up which said “the media is the virus”. The attacks (sometimes actual physical attacks) were, along with the whole rest of the occupation, completely unjustified. The media actually took great pains to try and give as much air time to the participants of the protest while making only passing mentions of those opposed to it. After all, despite the mountains of evidence to the contrary, many reporters kept parroting the talking point that it was all a “peaceful demonstration”.

Obviously, that didn’t do a thing for their profession as some had to remove the decals from their vehicles out of fears for their personal safety.

While the media tried to portray themselves as just a neutral perspective on the situation, right wing people still attacked them for being “fake news” and “biased”. Yet, here we are today with a very vivid example of the media proving the extremists right. If the media want to project themselves as a neutral source where all viewpoints are welcome, they should stop proving right wing people correct by actually following through. What we are seeing here today is not helping their image at all.

The ironic part in all of this is the fact that this also proves the importance of independent media online – even personal blogs. Despite the article getting nixed from a major publication, the full article got posted online for everyone to read anyway. What’s more is that it gets mentioned here, another independent online media outlet. It shows that the major outlets are definitely not the gatekeepers of information they once were. It really raises the question of why we should support laws that basically throws free money at them – tax-payer funded or otherwise. The permanent advantage being given to them was already controversial before, this just adds one more reason why that should be called into question.