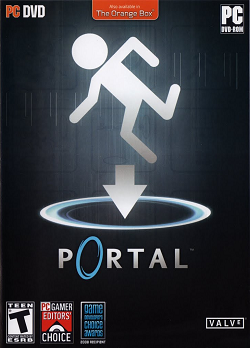 In this fifth first impression video, we give the puzzle game Portal a try. It’s a game that was released in 2007.

Welcome to the fifth instalment of first impressions. Today, we are changing gears a little and playing the puzzle game Portal. You can check out the video directly on YouTube or in the embed below:

We hope you enjoy this one and look forward to posting more in the future!