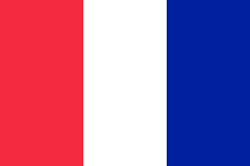 The Avia Law in France has received a lot of criticism. EDRI has gotten the chance to weigh in, saying that they, too, disapprove of the law.

Over the years, France has made headlines off and on for their anti-Internet laws. One of their more recent attacks on the free and open Internet is the quick passage of the so-called “link tax”. While this law was passed in the European government, it was France that quickly adopted the laws within days. This despite all the warnings saying that this ill-advised would lead to unintended consequences. One of those unintended consequences came to fruition when Google deleted snippets to keep the news service legal.

Of course, charging services to direct traffic and increase ad revenue for publishers isn’t the only way France is attacking the open Internet. Another law making its way onto the law books is known as the Avia law. That law is also known as the anti-hate speech laws. In a nutshell, the law requires social media platforms operating within the country to remove content flagged as “hate speech” within 24 hours. The law is criticized in that it could give way to automatic filters that don’t recognize the nuances of human speech.

More recently, the Czech Republic issued comments on the law, suggesting it violated European laws. The European commission responded by asking France to postpone the adoption of the laws or risk violating articles 3, 14 and 15 of the EU E-Commerce Directive. European Digital Rights (EDRi) responded to the commission with formal comments of their own. Working with other counterparts like ARTICLE 19 and Access Now, EDRi said that the laws risk putting a chill on free speech. From EDRi:

EDRi, with the support of its members ARTICLE 19 and Access Now, submitted formal comments to the Commission to warn against the major pitfalls that the draft Avia law entails. The Commission joins EDRi in calling on France to halt the adoption of the legislative proposal. Leaving social media companies just 24 hours to do a reasoned assessment of a flagged piece of content officially appoints them as arbiters of legality and “the truth”, with heightened chilling effects on freedom of expression online. The fines companies face for non-compliance with the 24-hour deadline are disproportionate for platforms with limited resources such as not-for-profit community initiatives like Wikipedia.

Furthermore, the strict time cap will de facto lead to the use of filtering technology, resulting in over-removal of content. Because of the highly context-sensitive nature of hate speech, it is impossible for content filters to understand the nuances between actual illegal hateful speech and legal content. In addition, the draft law includes the obligation to prevent hate speech content from being re-uploaded. This will lead to a general filtering of all content posted on the platforms, which is not compatible with the E-Commerce Directive’s prohibition of general monitoring.

Lastly, the multiplication of national laws dealing with all sorts of “undesirable” content online leads to a confusing legislative patchwork in Europe. For companies and users it means uncertainty and blurs their understanding of which law applies to them. The Commission rightly suggests that the Avia law would overlap with the future Digital Services Act (DSA), which foresees European rules for how platforms moderate illegal content online. For this reason, EDRi provides comments on specific elements of the draft Avia Law to which the European Commission should pay particular attention when developing its own proposal.

What’s striking is the fact that this is the same country that tried to implement the disastrous HADOPI laws. HADOPI was also known as the so-called “three strikes law”. At the time, major record labels and movie studios were pushing for these laws to be passed around the world. Digital rights organizations rightfully pointed out that such laws violate due process rights. Those laws sparked loads of controversy in the country including, but not limited to, a man being fired for sending his political representative a letter opposing the law (sparking an obvious lawsuit in the process), the enforcement body considering pushing spyware for three strikes law enforcement, the bizarre incident of French lawmakers handing information pamphlets to motorists talking about the HADOPI laws, ISPs hiking the Internet rates to pay for HADOPI enforcement, a school teacher ultimately taking the HADOPI laws to court, and a would-be HADOPI conviction being sunk by a procedural error.

Fast forward to today and we still see France trying to find ways of cracking down on the Internet. In this case, history is repeating itself. The government passed a controversial law in spite of public protest, now problems are beginning to emerge as a result of the laws. It’s hard to say if this latest move will ultimately crater like other laws, but history does suggest that it’s already not looking good for the laws.