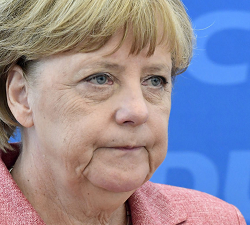 Hackers have gotten quite an early start in 2019 with yet another breach. This time, it affects German MPs including Angela Merkel and various celebrities.

It’s almost as if hackers have been devoted to breaching secure infrastructure as part of some twisted new years resolution. Earlier, we brought you news of the 12306 data breach which saw 5 million Chinese train commuters exposed. This was followed up by the video game Town of Salem also experiencing a data breach. In that case, 7.6 million customers were exposed. Of course, it’s easy to just see data breaches as only affecting ordinary people. This latest breach suggests otherwise.

According to reports, a recent data breach has exposed hundreds of German MPs including German Chancellor Angela Merkel. A number of celebrities and musicians have also reportedly been affected by the breach as well. From Al Jazeera:

Personal data and documents from hundreds of German politicians and public figures have been published online, the country’s government said on Friday, adding that no sensitive material from Chancellor Angela Merkel’s office was released.

An Interior Ministry spokesman declined to confirm that the data breach, which triggered an emergency meeting of Germany’s national cyber-defence body, was the result of a hack but, according to Bild newspaper, German authorities have asked the US National Security Agency (NSA) for help with investigations.

German media reported earlier that hackers had posted data, including credit card details and mobile phone numbers, with politicians from all major parties affected apart from the right-wing Alternative for Germany (AfD).

A number of celebrities outside the political sphere have also been affected, as well as journalists and musicians.

While the number of affected people are quite low for Freezenet standards, what this does offer is a stark reminder that data breaches and leaks affects everyone. The only thing here is that now there is that added motivation to track down those responsible. After all, there is political motivation involved here on top of it all.

All in all, 2019 is already proving to be a very busy one on the security front. It’s actually quite astonishing the streak we are currently on right now. We’re just left to wonder who is next at this point.