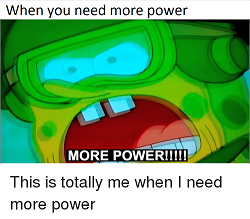 Canada’s regulator, the CRTC, is calling on the government to give them more power to regulate content on the Internet.

Canadian Heritage Minister, Pablo Rodriguez, has been forging ahead with Bill C-11 and promising to table a link tax soon, something that he says that would benefit legacy publishers. With that, some defenders have tried to insist that user generated content and what you see online won’t be affected. The evidence, already, is overwhelming that this is likely not going to be the case.

5 Any organization that, for commercial purposes, makes available sexually explicit material on the Internet to a young person is guilty of an offence punishable on summary conviction and is liable,

The bill itself is the subject of a Standing Committee. It is at this committee that the CRTC (Canadian Radio-television and Telecommunications Commission) made some rather revealing, if not, disturbing comments. From Michael Geist:

The committee’s study of the bill continued yesterday with an appearance by Scott Hutton, the CRTC’s Chief of Consumer, Research and Communications. While Hutton emphasized there were no easy answers and that net neutrality principles would likely preclude action with respect to content regulation under the Telecommunications Act, his responses to some Senators reinforce concerns that should Bill C-11 pass, the Commission will be in the Internet content regulation business through the Broadcasting Act. Indeed, while Canadian Heritage Minister Pablo Rodriguez and the CRTC have sought to downplay concerns that the CRTC would seek to regulate online content, Hutton told the committee the Commission needs more power in order to adopt a more interventionist approach:

With respect to the role of the ISPs themselves, yes we have considerable authority on many different fronts, but the Telecom Act and how we have to implement it and it is certainly not clear – and I’m being quite honest when I say not clear – that we can deal with content under that Act. Where we deal with content is under the Broadcasting Act and hopefully that can be modernized to take a more interventionist approach in this area.

How might the Commission intervene? Hutton seemingly embraced the possibility of age verification requirements as conditions of service for some sites:

We have limits on who we can apply our regulations to at this point in time. It is certainly looking at providing other tools such as regulation making tools that can be applied to these particular players, making sure that are subject to our Act, and being able to ask for information, do investigations, and ensure that we can put in place conditions of service, such as requiring age verification.

It is hard to overstate how dangerous it would be for the CRTC to be vested with new powers to regularly intervene in online content or consider “conditions of service” for Internet sites and services. While the government insists that Bill C-11 is designed for large streaming services with limited regulations, it would appear that the CRTC may have other ideas.

It’s quite stark to see the CRTC demanding more power to regulate content on the Internet. What’s more is that it is looking increasingly clear that the CRTC is not only calling for more power to start cracking down on the Internet, but is becoming quite thirsty for this power as well. It isn’t even the first time we’ve seen the regulator actively planning out how it intends on cracking down on the Internet and the content it hosts, either. Last year, while Bill C-10 was debated, the government kept insisting that the legislation wouldn’t regulate user generated content. As that happened, the CRTC was, in the background, busily building a regulatory hit list of which sites it was seeking to crack down on.

What’s more is that it’s fair to suspect that this is a sign that the CRTC has every intention of regulating content online. After all, the nearly direct call for more power to crack down on the Internet is there in black and white. It makes the story by the government that they don’t intend on regulating content online and that it’s just about “levelling the playing field” just that much more hard to believe.