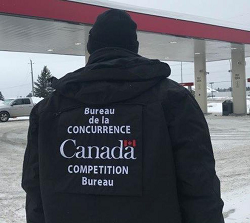 The Roger’s Shaw merger has been looming on Canadian’s for some time now. If you can believe it, the story has been going on since March of last year when it was first announced that Rogers wanted to buy Shaw for $26 billion. When word spread, Canadian’s gave a collective groan over what that could mean. Already, Canadian’s pay some of the highest cell phone rates in the world. For many, including us, it only means less competition, higher rates, and lower quality of service. Everyone knows telecom competition has been a problem for over a decade and the buyout could mean Canada is taking a big step in the wrong direction.

Naturally, if its bad for the Canadian consumer, but good for telecom monopolies, then Canada’s alleged regulator, the CRTC, would be all over it. Surprising exactly no one, the CRTC rubberstamped the merger at the first available opportunity. The decision just added another shining example of why the CRTC really is terrible at this whole regulation thing. Subsequently, the “regulator” got some additional backlash in a long string of backlash it has gotten over the years. In this case, the backlash was very much deserved.

Now, another development that shows just how much the CRTC is isolated in being so quick to approve of the merger. The Competition Bureau is recommending that the Competition Tribunal block the merger. This for all the reasons we’ve been saying all along. From CP24:

It says it is asking the Competition Tribunal to prevent the deal from proceeding, as well as asking for an injunction to stop the two companies from closing the deal until the Bureau’s application can be heard.

The article goes on to say that the Competition Bureau is saying that Shaw has added to the overall competition in the wireless market. It says that ever since the merger was announced, the competition from Shaw has been backsliding. Rogers and Shaw both said that they intend on fighting this decision and forge ahead with the deal.

The decision is by no means final, but it is breathing life and hope that the deal can be somehow blocked altogether. The Tribunal can, of course, can ignore the recommendations, but the decision does show that there is a push to block the merger in the first place. Digital rights advocates have responded with seeming enthusiasm, though more with motivation to keep forging ahead more than anything else:

The Rogers-Shaw deal is so clearly bad for Canadians that the @NDP, @CPC_HQ, and even some @liberal_party MPs have all come out against it.

So how about it @FP_Champagne? Do you have the courage to stand up for Canadians and block it under all conditions? #cdnpoli https://t.co/3f6k3mpTgY

This highlights the restricted scope of the @CompBureau concerns. W/ Shaw's extensive fibre infrastructure & the essential role such infrastructure plays in mobile wireless networks (4G or 5G), this is a big problem. It's also where the #CRTC MVNO framework will do heavy lifting. https://t.co/HpCBSbh2oW

The hope is that this will all create momentum towards blocking the deal altogether. It’s the ultimate goal because the lack of competition in the market is a huge problem and the merger only serves as a way of taking the situation and making it worse. We’ll have to see if these efforts translates to an actual blocking of the deal or if this sliver of hope dissipates into the darkness. Still, it’s nice to see something positive come out of this story for a change.