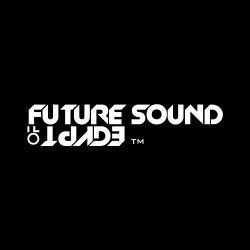 The Future Sound of Egypt (Often abbreviated FSOE) is a podcast and radio show produced by Aly & Fila. The show first began airing on February 28, 2006 and continues to this day.[1] This show is generally about showing off progressive and uplifting trance music. It also delves into other variations such as deep trance, hard trance, hard style, and even progressive house among others.

Boldfaced episodes indicate when the show entered a new year. For example, episode 011 aired in 2006 whereas episode 012 aired in 2007.

While tracklist information is generally fairly complete, episodes that have a playable episode is known to have a noticeable gap in earlier episodes. For those who are interested in having episodes with both a tracklist and a copy to listen to, the availability of episodes drops out starting on episode 079. The coverage then picks up again starting on episode 225. There are episodes in this gap that do have a copy available for streaming, but it's very sporadic.