We now move to video games. This year was really all about Atari games by and large. There is actually a lot of great games on the system, but some just don’t measure up. We count down what was the worst games we’ve reviewed this year.

It is worth repeating that we reviewed almost all Atari games. It was basically split between the 7800 system and the 5200 system. Because of this focus, you’ll definitely notice that every game on this list was released on these two systems. It is only because we focused are attention on those system and is not a commentary on the quality of the systems themselves.

So, without any further delay, let us reveal the top 10 worst games we’ve reviewed this year. 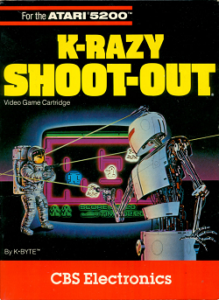 A video game with two hyphens in it’s name. How could you go wrong with that? Well, that really says nothing about the game. Still, with limited ammo and no indication how much you have left, this game is already heading downwards in the score. Add to the fact that this game is basically a low quality clone of Berzerk, and this game ends up just barely making the list.
Score: 52% 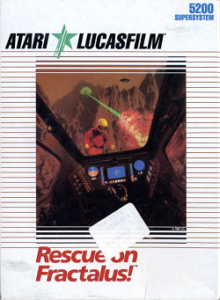 A rescue mission on the surface sounds like a nice novel concept. Unfortunately for this game, that’s about all you can say positively about it. With long periods of nothing happening and repetitive levels, the experience is only barely passable.
Score: 50% 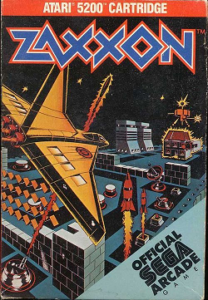 It can be difficult enough to judge your height with this perspective. With boring enemies that all sit on the floor and a really steep difficulty curve, trying to enjoy the game is the second most difficult thing to do next to trying to navigate your ship through coin slots holes.
Score: 50% 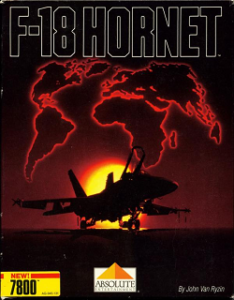 Seriously, what is with the flight simulators on the Atari 7800? It’s like a bunch of different developers thought that they could produce a massive hit in this genre and non of them ever did. Sadly, this is probably one of the more tolerable ones on that system. try not to squint too hard, the graphics is set to nearsightedness already.
Score: 50%

Another flight simulator. Hey, the missions look fairly straight forward. Let’s just- hey, why can’t I look ahead again? Why am I stuck looking out the left wing? Where am I going? Where am I supposed to go? Why- aw, crashed again.
Score: 46% 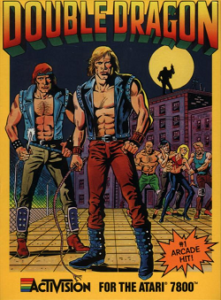 This is one of those titles that I thought that I couldn’t really go wrong with. It was made later than the original NES version, so maybe there are some improvements, right? As it turns out, this game is an inferior version. Not only is it much more difficult, but small things are stripped out of this version. As a result, just not a good game to play.
Score: 44% 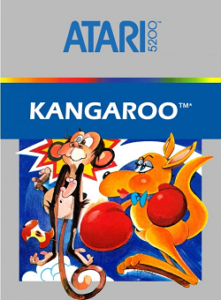 We go from bad to worse. With bad graphics, this game is already struggling to be a decent one. Repetitive play made things worse. Terrible controls on top of it all pretty much sealed the fate of this one.
Score: 42%

Making it into the top 3 this year is this particularly bad clone. Awful graphics really drug things down with this one. Add some inferior controls to the original, and you already have a candidate for a bad game. This game lacking some critical features and originality pretty much made this game deserving of being so high on the list.
Score: 42%

Yes, another flight simulator. Only this time, you are going into space. How can you go this wrong? Well, when the game plays itself for a majority of the time, the boredom is already cranked on this one. With an excruciatingly slow pace, this game already belongs on the list. Half decent graphics is certainly not enough to save this one.
Score: 32%

This years winner for worst game belongs to this title for a number of reasons. The big one is the learning curve. If you can get off the landing strip without crashing, I salute you. I couldn’t figure it out. YouTube couldn’t figure it out. No one is able to write a guide explaining how to do it. If so few people can figure out how to even play it past a few second, then the game is far too complex. For most, this is ultimately a broken game. As a result, I couldn’t think of a game I played this year more deserving of the crown.
Score: 30%

There were plenty of candidates for the top 10 worst games this year. So, there is a full compliment of honorary mentions as well. Here are five games that didn’t quite make the cut:

Star Raiders (Atari 5200):
Some people liked it. I personally didn’t. The complexity is way too high. To make matters worse, the controls ended up being unresponsive to me. After fighting with this for a while, I eventually just gave up and turned the game off in frustration.
Score: 56%

Tank Command (Atari 7800):
A very basic top down shooter. Apparently, tanks are made out of egg shell. Either way, not a game I was particularly fond of.
Score: 56%

Countermeasure (Atari 5200):
A very basic top down shooter with a bit of a learning curve. Once you figure out this game, though, the game becomes, uh, kind of boring.
Score: 54%

Kung-Fu Master (Atari 7800)
A game with poor graphics and buggy movements. Your success is determined by luck a little too much. Not the greatest game out there, that’s for sure.
Score: 54%

Rampage (Atari 7800)
A game with repetitive action. While the emotion on the monsters does work, there is not much else to really enjoy in this game. It’s a game that you really have no chance at enjoying. Considering the year of release, this game ends up being horribly outdated. It’s very lucky it just barely didn’t make the cut in the main top 10 list, really.
Score: 54%

That’s it for this year. Stick around because tomorrow, we count down the top 10 greatest games we reviewed in 2019. Hears to another year of gaming!