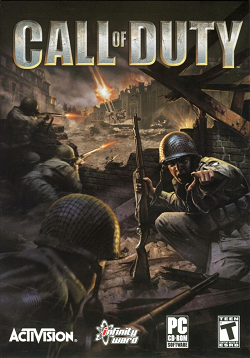 This is the 77th instalment of our first impression video series. Today, we are playing Call of Duty for the first time.

Welcome to the 77th instalment of our first impression video series. Today, we are playing the PC/Steam game, Call of Duty for the first time. You can check out the video directly on YouTube or in the embed below:

Going into this game, I had played the first four Playstation 2 games. Those were definitely not the greatest experiences to me. Interestingly enough, though, I had heard that the PC versions were actually very different games. So, I decided to play this series from the actual beginning. As it turns out, those comments were accurate and the PC version of the first Call of Duty game is definitely different from the first Call of Duty game on the PS2. So, I am very interested to know if this first game is actually better than those other games.

For those of you who have played this game, I wanted to hear from you. Was this a rather interesting game to play? Did you think this was a good introductory to the series or did you think later instalments were better? For those who have played other games, but not this game, did you think this was an interesting look to the franchise? Are there things you recognize right away and make you interested in this game or would you rather pass and stick with the later instalments?

Also, for those who haven’t played this game at all, does this look like an interesting game to play? Would you be interested in playing this one or does this look a bit too generic for your taste? Let us know in the comments below!