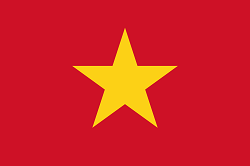 It’s been noted that some countries aren’t huge fans of the TPP-11 plot. One of those countries, however, is warming to the idea.

The global threat of the Trans-Pacific Partnership (TPP) is becoming more and more real by the week. Last month, officials from the 11 remaining countries in the TPP gave the green light to move ahead without the US. The unnerving moves even caught the attention of the Electronic Frontier Foundation (EFF) who posted a commentary on the moves last week.

That commentary echoed a number of the points we’ve been making earlier on. One of those comments is the fact that some countries aren’t exactly thrilled with the idea of the US being absent from the talks. The US, if you recall, pulled out of the TPP back in January. This caused many observers to incorrectly conclude that the TPP is dead and gone.

Now that the “trade” agreement is back, a lot of the commentary has shifted towards how the TPP is getting resurrected. A number of obstacles remain. One of them involves countries who aren’t exactly fans of the TPP now that the US has pulled out. Two of those countries are Malaysia and Vietnam. Understandably, a number of eyes are now cast on those two countries for signs on what those officials are thinking.

Today, Freezenet has learned that Vietnam is now on board with the agreement. It appears that lobbyists have convinced that country to come to the table. The Asian Review is reporting that the countries president has said he is committed to the agreement. From the report:

Vietnam will work with Japan and other nations to put the Trans-Pacific Partnership trade pact into effect, Prime Minister Nguyen Xuan Phuc told The Nikkei and other news outlets here Friday.

The Vietnamese leader, who will visit Japan starting Sunday, called the trade deal crucial to connecting and developing the economies in the Asia-Pacific region.

The American decision to leave the TPP was believed to have dulled Vietnam’s interest in the deal. But Phuc expressed openness Friday to the so-called TPP-11, a proposed version of the trade bloc that excludes the U.S. He praised Japan’s efforts in devising a new plan.

Phuc will attend next week’s International Conference on the Future of Asia to be hosted by Nikkei Inc. in Japan. The prime minister said he wanted to work closer with Tokyo on South China Sea defenses, as well as receive more development assistance and investment from Japan.

It seems that, step by step, the TPP is gradually coming back together. While there are many other obstacles ahead for the agreement, it seems that obstacles are being picked off one by one.

Our analysis of the TPP shows that the agreement would, among other things, destroy domain name registrant privacy, lengthen copyright terms, introduce criminal liability for breaking a DRM, introduce unlimited damages for non-commercial copyright infringement, enforce copyright laws even when infringement hasn’t taken place, mandate Internet censorship and traffic shaping, and push a global DMCA onto the world.