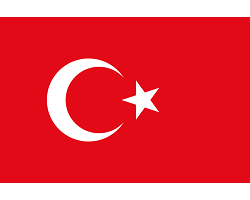 European digital rights advocates have renewed a call for Turkey to lift a ban on online encyclopedia website Wikipedia.

It might be difficult to imagine for some in first world country citizens, but there is a government that decided to censor the entire Wikipedia website. Back in April of 2017, Turkey decided to block all of Wikipedia. This includes all of it’s subsequent languages the site is offered in.

The order to block the website came after Turkish authorities accused the website of supporting terrorism and taking part in a smear campaign. Authorities demanded that the website block Turkish citizens from accessing the Turkish and English Wikipedia versions. Shortly after, the full ban took place.

In response, at the time, the Wikimedia foundation called on the government to lift the ban on the site.

Last week, NetzPolitik renewed those calls, saying that in blocking Wikipedia, we block our collective knowledge.

This is why we continue to respectfully request that the government lift the ban so that Wikipedia can return to serving as a valuable, free educational resource on a wide range of topics, including science, engineering, art, and culture. We would like to see the Turkish people able to contribute to the global conversation, including Turkish topics, on Wikipedia. As we have repeatedly noted, we are all made poorer for the absence of contributions by the Turkish people.

Netpolitik also points out that we are reaching a pivotal moment in Internet history where we are getting close to giving Internet access to half the entire world population. This is what is seemingly prompting this renewed call.

It is unclear if these renewed calls will change the governments mind on the issue, but the renewed calls is certainly raising further awareness of the issue. It also shows how easily any website can be labelled as “terrorism” and be subject to widespread censorship. At the very least, when countries discuss the blocking of content, this is the sort of thing to keep in mind while discussion such issues.