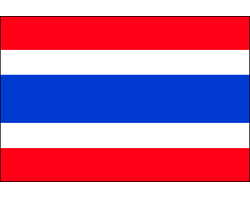 Thailand has now passed laws that would allow authorities to seize computer information without a warrant.

We’ve been following the news from Australia surrounding its anti-encryption laws. Billed as a first of its kind in first world countries, the law compels companies to install backdoor access to encrypted information without court oversight or a warrant. As we reported earlier this month, the bill is already being enforced with requests being issued.

Of course, these moves have not gone unnoticed in the international community. It seems Thailand has drawn some inspiration from the laws and passed laws of their own. In this case, the laws would permit authorities to seize equipment of any kind for the purpose of obtaining data. All of this can be carried out without a warrant. From ZDNet:

The Cybersecurity Act will allow state officials to seize, search, infiltrate, and make copies of computers, computer systems, and information in computers without a court warrant if an appointed committee sees it as a high-level security threat, according to Reuters.

It will also allow a separate committee, called the National Cybersecurity Committee, to summon individuals for questioning, enter private property without court orders, or request real-time access to information related to those causing the cyber threats, the report explains. For all of these instances, the relevant courts only need to be informed of such actions after they have already occurred.

The Act was approved unanimously, with 133 positive votes and no rejections, with 16 members of parliament being absent during the vote. The Act will come into effect once it is endorsed by the king and published in the Royal Gazette.

The article points out that the country already censors free speech through lese majeste laws. Those laws ban criticizing the king which also affects other royalty as well. These laws have been heavily criticized by other countries and organizations as affront to free speech.

Still, this latest move shows what unintended consequences these laws would bring. While a vast majority revolve around what it means for free speech and the security community within Australia, it seems the unintended consequences reaches far beyond the Australian border. Now, the message is that democracy is increasingly a thing of the past and that technology is something that needs to be cracked down on. Some might argue countries like Thailand have always had that reputation, but a counterargument is that these moves only embolden other countries to issue their own crackdown on technology.

Either way, governments relationship with technology is increasingly taken a negative turn these days. As more and more governments crack down, many argue that civil rights and people will continue to pay the price.