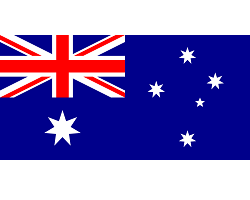 Australian regulator, the ACCC, is suing Facebook after, it alleges, used personal information of its VPN users for commercial purposes.

Virtual Private Networks (VPNs) are services many users use to guard against tracking, malicious activity, and evade censorship and geo-blocking. While Internet novices might find themselves asking, “What’s a VPN?”, more adept users will likely have some pretty solid knowledge of VPN services. There are very good reasons to be using them, after all.

So, it is with great curiosity to find out that Facebook, of all organizations, actually offered a VPN service in the first place. This is, no doubt, targeted at a very curious demographic. We’re talking about users who are smart enough to understand what VPN services do in the first place and use them, yet, at the same time, somehow manage to think that Facebook, of all companies, is their first choice to guard their personal information. We… really have no words on that one.

Regardless, for a period of time, did, in fact, offer such a service – and people did use it. It was known as the Onavo VPN app. Users were using it under the assumption that their personal information was secured by Facebook (we can’t type that sentence with a straight face). As it turns out, according to new allegations, Facebook did what Facebook seems to do so often with personal information: use it for commercial gain.

The Australia’s Competition and Consumer Commission (ACCC) is filing a lawsuit against Facebook in response. From TechCrunch:

Yet more trouble brewing for Facebook: Australia’s Competition and Consumer Commission (ACCC) is suing the tech giant over its use, in 2016 and 2017, of the Onavo VPN app to spy on users for commercial purposes.

The ACCC’s case accuses Facebook of false, misleading or deceptive conduct toward thousands of Australian consumers, after it had promoted the Onavo Protect app — saying it would keep users personal activity data private, protected and secret and not use it for any other purpose, when it was being used to gather data to help Facebook’s business.

“Through Onavo Protect, Facebook was collecting and using the very detailed and valuable personal activity data of thousands of Australian consumers for its own commercial purposes, which we believe is completely contrary to the promise of protection, secrecy and privacy that was central to Facebook’s promotion of this app,” said ACCC chair Rod Sims in a statement.

“Consumers often use VPN services because they care about their online privacy, and that is what this Facebook product claimed to offer. In fact, Onavo Protect channelled significant volumes of their personal activity data straight back to Facebook.”

“We believe that the conduct deprived Australian consumers of the opportunity to make an informed choice about the collection and use of their personal activity data by Facebook and Onavo,” Sims added.

The ACCC alleges that between February 1, 2016 to October 2017, Facebook and its subsidiaries Facebook Israel Ltd and Onavo, Inc. misled Australian consumers by misrepresenting the function of the free-to-download Onavo Protect app.

This is coming from a country that banned effective encryption in 2018. You know you screwed up on the privacy front when even the Australian government objects to your activities.

It’ll be interesting to see what comes of this latest lawsuit.