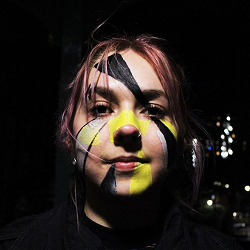 With so much coverage happening over the Clearview AI, some artists are taking matters into their own hands and painting geometric shapes on their faces.

Delving deep into the Clearview AI story can very easily lead people to feeling very creeped out. There are stories where corporate investors and the super wealthy are using the software for fun at parties and dates. Other stories include the Canadian police board knowing about the Clearview AI “trial”, the data breach that saw Clearview AI’s entire client list stolen, lawsuits being filed in the US against the company, efforts to ban the software in general at the municipal level, and European officials attempting to get ahead of the scandal by saying that use of the software is illegal.

For some, artificial intelligence aided facial recognition software represents an end to personal privacy. Obviously, the stories floating around doesn’t help to ease such worries. Still, it appears that some artists are taking matters into their own hands. They are going to the extreme length of painting geometric shapes on their faces in an effort to defeat the technology. From News4Jax:

As night falls in London, Georgina Rowlands and Anna Hart start applying makeup. Instead of lipstick and eyeliner, they’re covering their faces with geometric shapes.

Rowlands has long narrow blue triangles and thin white rectangles criss-crossing her face. Hart has a collection of red, orange and white angular shapes on hers.

They’re two of the four founders of the Dazzle Club, a group of artists set up last year to provoke discussion about the growing using of facial recognition technology.

The group holds monthly silent walks through different parts of London to raise awareness about the technology, which they say is being used for “rampant surveillance.” Other concerns include its lack of regulation, inaccuracy and how it affects public spaces.

The article goes on to say that the art is inspired by Cubist designs.

The article itself doesn’t contain pictures of their work, but the Dazzle Club appears to be an Instagram page which does feature some of the painting in question.

The idea is to use lights and darks to scramble contrast. 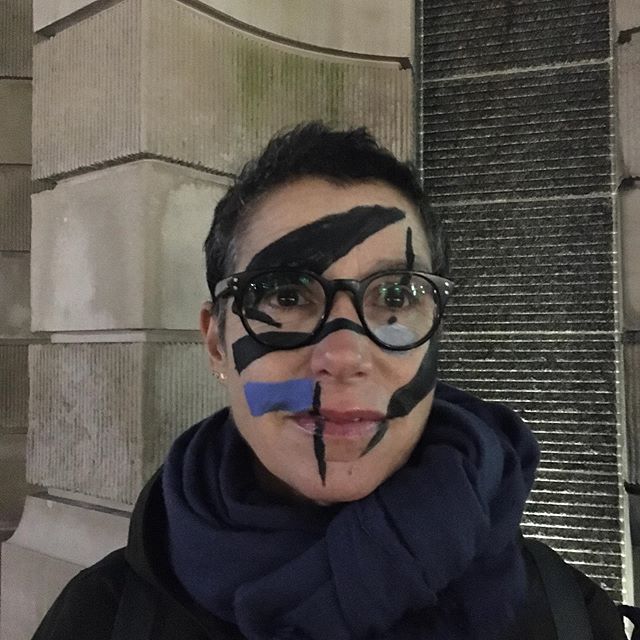 After the painting is done, the artists uses a cell phone app to see if the facial recognition detects the face at all.

Of course, how successful such efforts are with things like Clearview AI is, at best, unclear. Whether or not such techniques are useful, however, isn’t necessarily the point. The point is, for the founders, to spark a discussion about facial recognition software and its privacy impacts on people in public spaces.

At the very least, it is catching people’s attention, so who knows if this will have an impact on the facial recognition debate.