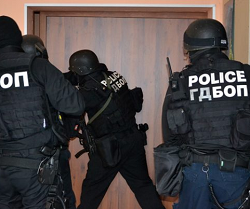 Known for cracking DRM made by Denuvo, a recent police raid is proving that it’s the end of the road for Voksi.

For those who observe the video game cracking scene, the name Voksi might be a familiar one. The Bulgarian cracker has been cracking the DRM for a number of video games protected by Denuvo DRM. While some consider him to be masterful in the craft of cracking, frequently beating scene releases, it appears that his run is now over.

Police have raided his residence, seizing several pieces of computer equipment used in his operation. He also reportedly faces a lawsuit by the DRM maker Denuvo. The raid follows suggestions that he doesn’t use a VPN or anything else to cover his tracks. Additionally, his website called REVOLT which was open to the public has also been taken down.

“It finally happened,” Voksi wrote, “I can’t say it wasn’t expected, Denuvo filed a case against me to the bulgarian authorities. Police came yesterday and took the server pc and my personal PC. I had to go to the police afterwards and explain myself. Later that day I contacted Denuvo themselves and offered them a peacful resolution to this problem. They can’t say anything for sure yet, but they said the final word is by the prosecutor of my case.”

Voksi added that he is now calling it quits for video game cracking: “Sadly, I won’t be able to do what I did anymore. I did what I did for you guys and of course because bloated software in our games shouldn’t be allowed at all. Maybe someone else can continue my fight.”

Kotaku noted that there is also a comment by Denuvo and Bulgarian police regarding the case:

In a statement sent to Kotaku, Denuvo said that Voksi’s arrest came about through the dual efforts of Denuvo parent company Irdeto and the Bulgarian Cybercrime Unit. “The swift action of the Bulgarian police on this matter shows the power of collaboration between law enforcement and technology providers and that piracy is a serious offence that will be acted upon,” said Irdeto VP of cybersecurity services Mark Mulready.

Denuvo’s statement also included a quote from the Bulgarian Cybercrime Unit, which said: “We can confirm that a 21-year-old man was arrested on Tuesday on suspicion of offenses related to cybercrime and that computing equipment was confiscated. Our investigations are ongoing.”

What’s important to note is the fact that Voksi isn’t really part of The Scene. Instead, he’s more part of the general file-sharing scene. Some say it is because of his methods of cracking games that he isn’t part of The Scene in the first place. Some suggest that his cracking methods involve kernel access to the Operating System. Evidently, this is a big no-no for the scene in part because of the security implications involved here.

While fans may be saddened by the loss of Voksi, the video game cracking scene will more than likely continue without him. For anyone who has followed the scene for any period of time, big busts only temporarily affect release times. Other prospective crackers eventually fill the void and things get released again like normal. This will be especially true in this case given the non-scene status of Voksi in the first place.

If one person can crack Denuvo products, others will too. To this day, DRM on things like games and music has proven to be crackable. As such, it’s not a matter of if it’ll get cracked, but when.