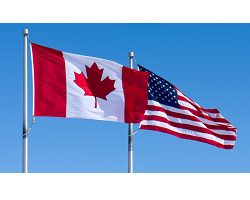 With Canada moving ahead with plans to tax the web giants, the US has responded by floating the idea of trade tariffs.

For years, a lot of politicians from different parties have been pushing the idea of taxing the large web giants. In fact, some observers suggest that this push is part of a much broader “get money from web giants” plan. During the 2019 election, the idea of putting an added tax on web giants was supported by a number of parties. In fact, this was widely discussed during the French Leaders Debate.

After the election was over, no new taxes were ever brought forward and made into law. Still, this idea was certainly a big one floating around the halls of government all this time. So, it probably comes as little surprise that, during the 2021 election, the prospect of taxing web giants became stronger. Almost every major party supported the idea of an added 3% tax rate. The plans and reasoning were much more coherent. The reasoning was that large tech giants don’t pay GST taxes while small businesses, in fact, do. So, by applying GST to tech giants like Amazon, businesses would operate on a much more even playing field.

Given what happened during the last government, it was certainly possible that we could see a repeat this time around where the taxes don’t actually come to fruition. That didn’t happen. Instead, the Liberal government moved forward with that plan. From the National Post:

A spokesperson for Finance Minister Chrystia Freeland confirmed the government will “move ahead with legislation finalizing the enactment of a Digital Services Tax.” A government source said the release of draft legislation or some type of consultation is a probable next step, and will likely come before the end of the year.

But then in October, the Organization for Economic Co-operation and Development reached a deal on a multilateral tax approach for a global minimum corporate tax rate of 15 per cent. The largest and most profitable global companies will have to pay some taxes in countries where they operate, even if they’re not physically present in the country.

Indeed, in a vacuum, adding this tax doesn’t seem like such a big deal. You have businesses that pay taxes, yet the big players allegedly don’t pay those same taxes. Why not apply it all across the board? As it turns out, though, Canada does not legislate in a vacuum. The country legislates in the context of a global economy. International law is, of course, a much trickier thing to operate in. Since many of these companies are based out of the United States, it is interesting to know that the US has a lot to say about Canada’s new plan. As it turns out, they aren’t exactly fans of this. In response, they voiced concern over the new tax. From Bloomberg:

The Biden administration said it’s concerned by Canada’s plans to move forward with preparation of a tax on big technology firms, pledging to review potential actions if the nation approves the measure.

The Office of the U.S. Trade Representative is worried because most digital-services taxes, or DSTs, “have been designed in ways that discriminate against U.S. companies,” spokesman Adam Hodge said in a statement Wednesday. “If Canada adopts a DST, USTR would examine all options, including under our trade agreements and domestic statutes.”

Canadian Finance Minister Chrystia Freeland on Tuesday submitted proposed legislation on the previously announced 3% tax that would apply to revenue earned by large businesses from some digital services that use data and content contributions from Canadian users, like social media platforms.

But the government wouldn’t apply the tax until 2024, and then only if a multilateral accord spearheaded by the Organization for Economic Cooperation and Development isn’t implemented by then. The OECD wants its two-pillar plan on international tax reform, which 136 nations accepted in October, to be effective by 2023.

Mark Agnew, a senior vice president at the Canadian Chamber of Commerce, said Canada “doubled down” on the tax on Tuesday in the face of U.S. opposition.

Those concerns have quickly grown since that report was filed (which was merely two days ago). As it turns out, the US is planning on international trade retaliation. From Michael Geist:

For the past two years, Canadian digital tax policy has been on a collision course with Canadian trade policy. The Liberal government committed in the 2019 election campaign to a digital services tax primarily designed to target large U.S. technology companies that generate significant revenues in Canada from online advertising and user data. The policy has been adopted in several other countries, repeatedly sparking a response from the U.S. that threatens to retaliate with tariffs on sensitive sectors of the economy. For example, after France announced plans for a similar tax, the U.S. threatened to levy billions in tariffs on French products.

As the trade threats escalate, the effort to strike an international agreement on the issue has gained increasing traction (my Law Bytes podcast last February with Professor Itai Grinberg provides a great backgrounder into the issue). After a preliminary deal was struck in October on an international approach, the U.S. dropped the tariff threat against several countries. Yet as efforts to finalize and implement the deal continue, Canadian Finance Minister Chrystia Freeland announced this week that new legislation will be introduced to create a Canadian digital services tax (this is distinct from digital sales taxes, which are currently in effect).

The Digital Services Tax Act will take effect in 2024 should the international agreement fail to materialize by that date. If so, it will apply a three per cent tax on revenues from four sources: online marketplace services revenues, online advertising services revenues, social media services revenues, and user data revenues. The tax would apply to large companies that generate €750,000,000 or more globally and at least $20 million in-scope revenues in Canada. The government says the policy applies equally to Canadian and foreign companies, but it is obvious that the U.S. tech companies are the primary target.

Less than 24 hours after Freeland’s announcement, the U.S. Trade Representative responded that if the Canadian law is implemented, it would “examine all options, including under our trade agreements and domestic statutes.” In other words, the Canadian decision to move ahead with legislation despite an international agreement invites yet another trade battle at the very time that Canada and the U.S. are locked into a contentious dispute involving the auto sector that has spilled over areas such as copyright and dairy.

In a follow-up piece, Geist also notes that the new law could also violate international law:

The Canadian government’s decision to move ahead with the Digital Services Tax Act, legislation that will take effect in 2024 should the international agreement at the OECD fail to materialize by that date, is problematic for reasons that extend beyond sparking a trade battle with the United States and potentially leading to billions in tariffs on Canadian goods and services. The plan also appears to violate Canada’s commitment at the OECD, in which all members agreed to a moratorium on introducing new digital services taxes.

Canada has long recognized the benefits of multilateral policy development and working within organizations such as the OECD. Just two months ago, the OECD reached an agreement on addressing the longstanding concern regarding multinational companies, particularly tech companies, paying their fair share of taxes on revenues earned from online advertising, online marketplaces, and user data. The agreement included a provision in which all parties agreed to remove digital services taxes and not introduce any new measures:

It minimum, this does spell trouble for the Canadian tax proposal. Indeed, there is very little political opposition to the law, but other countries might not be so keen on this idea. During a time when Omicron threatens to be the new dominant COVID-19 strain, the last thing the Canadian economy needs is a brand new international trade war brewing at the same time. This new political wrinkle could be the start of the unravelling of this law. What will be interesting to see is how things move forward. There are already other strains on the Canada/US trade relationship as it it. Will it get enveloped into another trade dispute or will this whole idea get dropped altogether? At this point, it’s hard to say what the Canadian governments next move will be on this file.