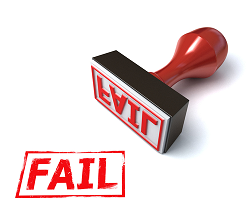 The US “People’s Convoy” got off to a bad start. It was first delayed due to two flat tires and only managed to get 8 vehicles involved.

February 23rd was the day that the American version of the convoy was supposed to roll out. Initially, they were supposed to travel from California to Washington DC. While organizers were hoping to start off with a big bang, we noted earlier that they were already suffering from manpower problems. Many were wondering how worth it this demonstration would be and whether it would be well organized.

With the wheels coming off in Canada thanks to organizers getting arrested and occupations being cleared out, the future of the occupiers movement is becoming increasingly in doubt. This especially after many are having their bank accounts frozen and the only push left seems to be in pumping up the value of Bitcoin. With other countries proving to be difficult to infiltrate and hijack, the movement seems to be on the ropes.

So, the US version seemed like it would almost be a last ditch effort to keep the movement alive. We’re learning that the first day didn’t go so well. It appears that those manpower problems were very well founded. From WSET:

The Scranton, Pa. truck driver leading a convoy to DC reported two flat tires Wednesday morning delaying the start of their journey. The group ended up leaving at 10:30 a.m. and arrived on the Maryland Beltway a little after 6 p.m., but not with the numbers initially expected.

Bolus said about 10 to 20 trucks showed up at the starting point in Scranton, Pa. He waited for two hours because Bolus said that’s wasn’t enough trucks to warrant a D.C. Beltway protest.

When Bolus’ convoy finally arrived, it consisted only of his own semi truck and handful of smaller vehicles.

Even the “10 to 20 trucks” might be an exaggeration. One Twitter user recorded the convoy and counted merely 8 vehicles:

He’s back on the highway

Bolus plans to drive to DC but says he won’t disrupt traffic pic.twitter.com/GT5HqejzsJ

He’s back on the highway

So, the “trucker” convoy only has one actual semi truck. It’s actually pretty hilarious that, despite all the money flowing through Bitcoin, this is literally all they could manage. It makes you wonder if they put all their chips into the Canadian version and simply ran out of cash to fund their own home grown version.

Still, the government wasn’t going to take any chances. The last thing they want is to be an international embarrassment like Canada that handled the situation so poorly in the first place. Reportedly, 700 members of the National Guard were called to deal with the convoy. From the BBC:

The US is to deploy hundreds of unarmed National Guard troops to Washington ahead of the arrival of trucker convoys protesting against pandemic restrictions.

Defense Secretary Lloyd Austin approved a request from the District of Columbia government and the US Capitol police for 700 troops.

Around 25 separate convoys plan to join forces and converge on the nation’s capital, to replicate recent protests in Canada.

The stand-off there paralysed Ottawa for days.

The National Guard troops will man traffic posts and “provide command and control” from Saturday until 7 March, a statement said.

Some 50 “large tactical vehicles” will be stationed 24 hours a day, it added. The troops will not carry firearms or take part in law enforcement.

To be fair, there was every reason prior to the laughable first day to think that there needed to be protection ahead of time. So, it’s hard to blame government officials for being over-prepared for this situation. Still, there is supposedly people joining the convoy along the way. So, the initial first day numbers are far from final. On the other hand, this is probably the worst case scenario for the movement from the start.

After all, in Canada, there were a couple hundred people involved on the first day. While the numbers were small, their footprint was inflated by a number of big rigs being involved. It ultimately paralyzed Ottawa for over three weeks largely thanks to the authorities taking a hands off approach throughout. So, the Canadian counterparts had every assist possible to make it as disruptive as possible.

In this case, the National Guard is waiting and the initial numbers are far less. So, the potential for disruption is pretty negligible at this rate. Hopefully, this signals that this effort might actually be a dud so no one else has to go through what Canada had to put up with. Perhaps others will see this pitiful numbers online and stay home.