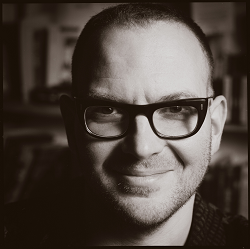 One of the longest running commentators in the copyright debate has found out that he was banned from Twitter after he made a comment.

Cory Doctorow, famous for his long running stances on copyright and free speech, has had his Twitter account suspended. The ban came after he utilized Twitter’s list feature to call out trolls. The list is entitled “colossal assholes”. Given how much Twitter puts up with alt-right people, conspiracy theorists, and Donald Trump who, among other things, call mass shooting victims crisis actors, advocate murder, spread misinformation about vaccines, calling COVID-19 “China virus“, and many other unpleasant things, Doctorow’s action is pretty tame by comparison.

I contacted everyone I knew at Twitter, and everyone who knew anyone at Twitter. At 830AM Pacific – about 5h after the suspension – I got an email from support – saying I’d been suspended for having a list to which I add trolls called “colossal assholes.”

I’m not sure that this qualifies as a ToS violation (I gave up reporting trolls who called me much worse, because Twitter inevitably replied that these epithets were not prohibited), but it’s super-weird that they suspended me without warning or explanation. Also weird: I could not rename the list while suspended, only delete it (I tried to rename it “thoroughly unpleasant individuals”).

Weirder: “Colossal assholes” got me suspended, but not its companion list, “Toe-faced shitweasels”

Thanks to everyone who contacted Twitter on my behalf, and for the Twitter folks who lit a fire to get that suspension explanation email sent my way.

Of course, the immediate problem we see here is that rules apply differently to different people. As a result, there is the perception that certain political leanings are given more leeway than others. Whether it is perceived right wing vs left wing, pro copyright maximilalism or pro free speech, or any other spectrum’s of debate or opinion, when a general platform is perceived to be sympathetic one way or another, it becomes an image problem very quickly.

A side problem in all of this is the fact that this case also shows that if you have the connections, you can reverse certain decisions. Had this been someone without the connections, chances are, they are out of luck. When you don’t have a major following, you become more vulnerable to such decisions in the first place because you simply can’t mount pressure on the platform to reverse the decision or plead your case. This, of course, raises plenty of other questions about fairness within the system.

Regardless, suspension without explanation is generally a pretty bad move from a moderation perspective. The typical questions in cases like this is whether the person was warned first at least. If suspension is necessary, is a proper explanation given so as to prevent the idea that suspensions are arbitrary? Clearly, non of that happened in this case which likely helped to later reverse the decision. In a follow-up comment, Doctorow said that the suspension has been lifted. Doctorow also said that followers need to check whether or not they find themselves still following him because the suspension may have disrupted that.

If anything, it’s hard to find Twitter in the right whether or not you agree with the suspension. If it’s not the suspension, it would be the handling of the suspension that is questionable here.