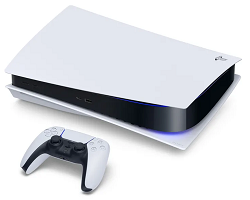 It’s the story that caused Canada Post to trend in Canada and Freezenet to go viral. Troydan, earlier, complained that he wasn’t getting his Playstation 5 on day one of launch. In response, he attacked Best Buy and Canada Post on Twitter. His angry tweet sparked plenty of response that split between others joining in his complaints and a number of people who simply didn’t have any sympathy.

As we pointed out in our coverage, there are plenty of factors going into possible delays for delivering the Playstation 5. First of all, Sony themselves pointed out that there is a lot of demand for the console. As a result, they were saying that you can expect delays. Second of all, Canada Post has been saying for months (almost all year now?) that the system is overwhelmed. This is thanks to COVID-19 forcing people to stay at home and make their orders online. This has resulted in volumes typically only seen during the Christmas holidays. Unfortunately, non of this mattered to Troydan who seemingly felt that it was necessary to attack Canada Post anyway during a rage tweet.

Now, after three super brutal days later, it seems that Troydan finally got his Playstation 5. On the 11th, his complaining continued about his predicament.

His comments continued on the 12th:

Odds of me getting a PS5 today are looking slim

Odds of me getting a PS5 today are looking slim

Package at the door…raced up stairs to find this… the trolling continues pic.twitter.com/EFFCriHIzl

So, his complaining started on the 9th and he got what he wanted on the 12th. This is a grand total of three days. During that time, the world didn’t end. Hopefully, this means that this sorry saga has come to an end.

The thing is, there are many different ways of reacting to the situation differently. If I were in his shoes, I would take that moment and say, “If you are experiencing longer delivery times, it’s not just you. Even people like us are waiting.”

Another possibility is to offer ways of passing the time like talking about a Steam game while you waited. Use the situation to build anticipation. Alternatively, he could have talked about COVID-19 and how it impacts everything. Basically, turn it into a PSA moment.

Unfortunately, that didn’t really happen here. Instead, what we saw was a temper tantrum over not getting something the person wanted right away. This is just self inflicted poor PR. Even after he got the Playstation 5, he could have thanked whoever sent it or thanked the postal service for shipping it. So, even his reaction to getting the console could have been better in our books.

One question this does raise is, what is on that system that was so hugely important in the first place? We did some digging around on that front and found an article on Polygon which says the following:

Here’s the current list of PS5 exclusives, which we will continue to update as new information becomes available:

So, a fairly short list at this stage. On top of it all, a number of these games are getting released in the Playstation 4 anyway. While the library is going to get expanded over time, it leaves the question of whether or not it’s worth getting worked up over it. As far as we’re concerned, you could have waited a month into launch and it wouldn’t have been that big of a deal.

As many of you know, I also happen to be a gamer. You’ll likely have seen my occasional reviews for games and monthly first impression videos. So, we have a pretty reasonable background in games ourselves. I think I speak for a lot of gamers out there when I say that this guy does not represent what the gaming community is about. We’re not overgrown children throwing fits whenever we don’t get what we want. We simply want to have a good time and enjoy a game or two or communicate with others in the community. It’s not that far removed from people who want to flick on the TV for an hour or so. It’s a case of enjoying life a little for a while.

Like plenty of communities out there, there are going to be people who are less than ideal or downright toxic. This is a problem that extends to almost every community with some reasonable following. So, seeing outbursts like this anywhere can happen. Just know it’s not a representation of what the community is about.