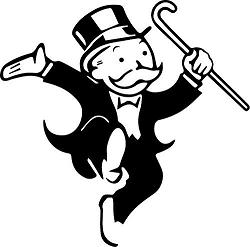 Canada’s ISP and wireless industry could be inching closer to a monopoly. Rogers is hoping to buy Shaw for $26 Billion, alarming observers.

Canada’s wireless and ISP industries are quite notorious. Canadians pay some of the highest rates for the lowest quality of service. Some consider it a massive ripoff and it is all thanks to a general lack of competition in the wireless and ISP sectors. In Canada, there’s generally only three players in almost every region. Those three players are Telus, Rogers/Shaw, and Bell. There are small exceptions to that rule. In Saskatchewan, there is also SaskTel. Quebec also has VideoTron as a provider. Beyond that, you’re looking at small providers who buy services from the bigger players and are more or less at the mercy of the larger players.

There have been efforts to try and introduce actual competition in these industries in the past. Unfortunately, every single effort failed. At one point, there was an effort to bring Wind Mobile into Canada. Unfortunately, ISPs lobbied heavily to stamp the ISP out of the country partly via rules surrounding Canadian ownership. Although infrastructure was set up for a time, the regulatory hurdles thrown up proved to be too much and investors pulled out. Ultimately, Shaw bought Wind Mobile and rebranded it Freedom Mobile.

Going further back, the Steven Harper government made a wireless spectrum auction. The ideological move was backed by the thinking that new players will join the market because spectrum became available. Unfortunately, reality came crashing down yet again on this thinking as the three big players simply snapped up all the spectrum, thus retaining their monopolistic power in the market. Suffice to say, the move was a massive failure.

In the last election, there were calls from many parties to expand rural broadband access. The idea is to at least give access to those living in remote communities including indigenous people. What became of those plans is generally unclear.

Now, the wireless and ISP sector could see even less competition and, as a result, possibly even worse service for customers. Rogers is saying that they are hoping to purchase Shaw for $26 billion. From CBC:

Rogers Communications has signed a deal to buy Shaw Communications in a transaction valued at $26 billion, including debt, which would create Canada’s No. 2 cellular and cable operator — but is likely to face stiff regulatory scrutiny.

Under the plan, Rogers will pay $40.50 in cash for each of Shaw’s issued and outstanding class A and class B shares. Shaw shares jumped 42 per cent to $34 on Monday, but traded well below the offer price, suggesting doubts about the deal. Shares of Rogers were also up seven per cent at $64.

The deal, which requires shareholder approval, is subject to other customary closing conditions, as well as approvals from Canadian regulators. It is expected to close in the first half of 2022.

The deal will face review by the independent Competition Bureau of Canada, the Canadian Radio-television and Telecommunications Commission (CRTC), as well as the federal department of Innovation, Science, and Economic Development (ISED).

Canadian Innovation Minister François-Philippe Champagne said in a statement that the review would focus on “affordability, competition, and innovation.”

Rogers chief executive Joe Natale told analysts in a Monday morning conference call that it’s too early to speculate on whether the competitors will be required to divest any of their operations.

“But we feel confident this transaction will be approved,” Natale said.

Observers are alarmed by these developments. OpenMedia says that Canada cannot afford the acquisition and that this will ultimately lead to higher cell phone bills. From OpenMedia:

This morning Rogers Communications announced its plans to buy competitor Shaw Communications, for $20B. The deal threatens to eliminate choice and affordability in Canada’s cell phone market entirely.

“This deal cannot be approved. Canadians already suffer from sky-high Internet prices. We need more competition in Canada – not less. Over the years, we’ve seen competitor after competitor swallowed up by the Big 3. The result is always the same – more profits for the Big 3, worse plans and less choice for Canadians. We can’t afford this deal. This is going to be a true test of Minister Champagne’s commitment to affordability, connectivity, and Canadians,” said OpenMedia Executive Director Laura Tribe.

The acquisition announcement comes just one day before a national Affordable Internet Day of Action, calling for an end to Canada’s already sky-high Internet prices. The Day of Action will feature a live online event from 1:00 – 4:40 pm EDT, and will provide numerous ways for concerned members of the public to take action and demand change.

Canadian law professor, Michael Geist, echoed the sentiments that this will lead to higher prices and less competition. Geist even stated that this is stating the obvious. He also had this to say:

Second, the fact that the companies think that this merger stands a chance of being approved should stand as Exhibit #1 for the failures of the government and the CRTC on the wireless file. Successive governments have pledged to address high wireless costs, but have instead taken half measures or even backtracked at the slightest opposition from the incumbent providers. The CRTC is little better with the current leadership quickly dispensing with the prioritization of consumers under Jean-Pierre Blais and leaving little doubt that Bell, Rogers, and Telus have a friend at the Commission.

Simply put, this deal would not have happened under a government and CRTC that signalled its commitment to more robust competition and better consumer pricing above all else. Instead, the CRTC stands ready to increase consumer costs for Internet services (it even proposed new levies on ISPs in its Harnessing Change report) and the government seems to think that meeting its illusory 25 percent wireless reduction cost target is good enough, even if prices in other countries are declining at a faster rate.

Third, get ready for talking points that will make your head spin. As Rogers and Shaw seek to convince the government and regulators that their deal should be approved, months of criticizing competition from MVNOs may suddenly be promoted as an effective competitive alternative. Further, the companies will re-up old promises to invest in rural connectivity, 5G or anything else that might garner political support. Of course, there is always a price to be paid for those promises and in this case, it will be wireless customers that foot the bill in the form of even higher costs in what is already one of the most expensive wireless markets in the world.

At the end of the day, it’s going to get harder and harder to afford the Internet thanks to this. With common knowledge that there is regulatory capture, there is a very real possibility that one of the most notorious markets in the ISP and wireless industry could become even more anti-competitive and consumer unfriendly.