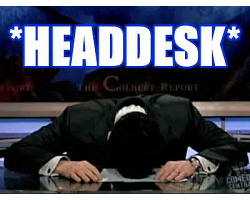 The RCMP, who are currently facing controversy for using malware for 10 years, is now freaking out that the same malware could be used on lawmakers.

Yesterday, we reported on the latest RCMP scandal where Canada’s police force used malware for a decade in their investigations. They defended their actions by saying that it was only used in a very small number of circumstances and that a warrant was used. Still, malware was used and the practice was kept under wraps for a considerable period of time. What’s more is that this isn’t the first time that police used investigative tactics and kept it secret. In 2021, the RCMP was found to have violated Canadian privacy laws when they were busted using Clearview AI facial recognition technology. So, it’s beginning to look like a trend for the police force instead of a one off incident.

Now, imagine our surprise when that same police force hit the airwaves for another reason. The RCMP is now freaking out that the same kinds of malware they were using for totally legitimate reasons could also be used on lawmakers. They are now really worried that foreign powers could spy on lawmakers through their personal devices – in the same manner that RCMP were doing on alleged suspects. From Global News:

Canada’s national police force has briefed MPs about the risk that foreign states are using sophisticated spyware to intercept their electronic communications, Global News has learned.

It’s not clear which states are believed to be spying on Canadian politicians, but the RCMP’s top national security official, Mark Flynn, told the House of Commons Ethics committee Monday that it’s likely they’re being targeted.

Asked what actions the Mounties are taking to protect politicians from electronic eavesdropping, the RCMP said that “on an ad hoc basis in the past” the force has briefed parliamentarians “regarding the vulnerabilities of wireless technologies and smart devices.”

“The RCMP is (also) aware that the House of Commons staff brief members of Parliament on the threat posed by foreign surveillance tools that may be deployed on mobile devices and provides them tools to aid in their security,” the force said in response to Global News’ questions.

The RCMP did not respond to questions about whether the force has found spyware on parliamentarians’ devices, or what actions the police are taking to ensure Canadian politicians’ communications are secure.

“Although the RCMP will not speak to specific operational matters or specific victims (or affiliations), the RCMP is involved in and has been involved in investigations of foreign espionage and foreign interference,” the force said in a statement.

If anything, this sounds more like an attempt to change the channel on the RCMPs use of malware. Given how few specifics the RCMP were willing to divulge and what angle they want to use in such a debate, this all seems like a very last minute last ditch effort to bury the malware story. We are not really in an election season at the federal level at the moment, so there doesn’t appear to be an imminent threat of foreign interference in an election right now. The Russian war on Ukraine has been going on for some time and the threats this poses to internet security doesn’t appear to have changed by much in recent days. So, it really is suspicious as to why the RCMP chose now to raise the alarm over this threat if not to distract from the recent scandal.

It’s possible that a better excuse could be formulated in the next few days as to why the alarms are being raised now. For the time being, it just looks like the force is in the midst of improvising.