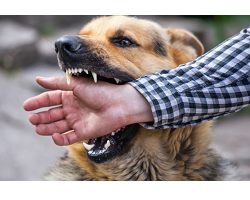 Big publishing is already complaining that it isn’t getting enough money from the new Google News Showcase.

It’s safe to say that big publishing pretty much got away with murder. This after the tech giants unexpectedly caved and agreed to pay large publishing corporations money for the privilege of sending free traffic their way. The speculation was that organizations like Google were making a power play to try and cement their positions as the largest players on the Internet. So instead of taking a stand for what should be common sense, they were attempting to throw the rest of the Internet under the bus. By all accounts, the better decision was to carry through on their threats of pulling out instead of inking deals with Canadian, French, and Australian publishers.

At this stage, it seemed like the debate is all but over. Big publishers got everything they asked for. The unthinkable concept of getting money for getting huge amounts of traffic to their sites is, in fact, happening. This compounding the fact that laws are being put in place to ensure these deals happen. In fact, it was just the other day we were reporting on Google returning to Spain. That ended a 7 year standoff which set back the concept of link taxes significantly. The feeling is that this is the end of an era.

When Google earmarked $1 billion through its News Showcase to help struggling news outfits, it was expecting thunderous applause. When that didn’t come, they thought the payments would make publishers smile. Instead, many have grumbled and complained that others received more.

Now the London-based Press Gazette, a bedrock of the British journalism trade, has unveiled a new investigation, which hurls fresh complaints at Google. The Press Gazette story is surprising because few details about Google’s News Showcase have been disclosed so far. This media silence may be due to the confidentiality agreements that Google had asked publishers to sign or an internal quiet period while negotiations proceeded.

Meanwhile, American publishers complained to Press Gazette that Google has yet to launch News Showcase in the U.S. Two senior U.S. news industry sources, reportedly told Press Gazette that the American launch of News Showcase is suffering a delay, possibly because large publishers are holding out for higher payments. David Chavern, chief executive of the News Media Alliance, told Press Gazette: “We don’t know much about Google’s initial offers, but we did hear that they were insufficient to cause anyone to immediately jump to ‘yes’.”

Others faulted News Showcase as a product, claimed it only produces “dribbles of traffic” for some news websites. The historic decline in public trust in traditional media’s offerings, which has been reported by countless studies across the developed world, is not cited by Press Gazette as a countervailing factor.

Google’s response? “Like all new products, News Showcase’s success for publishers will ultimately be judged over a longer horizon, which is normal in product development,” a Google statement said. “The value of News Showcase is about driving high-value traffic directly to the publisher, increasing engagement with users, and helping develop a deeper relationship with readers. The feedback and uptake we have had from publishers has shown us that this is an approach that they like and that has a long-term future.”

If you ever wanted a very vivid example of how Big Publishing doesn’t understand how the Internet works, this may be the single most vivid example yet. As of now, the organizations are basically having their cake and eating it too. Google is giving them free traffic and giving them money for the privilege of sending them traffic in the first place. That is an arrangement that, by most accounts, should never have even happened in the first place. It’s likely greed over the concept of cementing their position as a dominant player that managed to give the journalists this double-dip deal in the first place.

Now, to add insult to injury, they are griping that they are not getting enough money and traffic out of the deal on top of it all. Big Publishing really should be the absolute last voices to be complaining about this, yet, here we are.

What this suggests is that executives have this image in their heads that it’s up to Google to not only do everything they say, but also to make it be an overwhelming successful one as well. Anyone who has any reasonable experience trying to produce content knows that you can’t magically force something to be successful on the Internet. You could very well have the best coded site, the best worded articles, or the best produced video and it won’t matter. At the end of the day, traffic is traffic and no one, not even Google, can really fully control that behaviour.

If anyone out there thinks that any product by Google is automatically going to be successful, they just need to spend a few minutes perusing killed by Google to know that not every product Google launches is going to be a roaring success.

So, Google is well within reason to point out that the service is new. If Big Publishing was expecting this to be a magic silver bullet to cure all of their problems overnight, that speaks to the level of cluelessness these organizations have about running a business more than anything else. Naturally, the complaining doesn’t even end there:

Google has hurt itself by failing to fully explain its formula or announce its payments to particular parties, Press Gazette said. Rumors and guesses fill the vacuum. The paper cites the head of a British local news publishing company who claimed that Google makes “it up as they go along.” Another news company source told the Press Gazette that the Google formula was “relatively opaque”.

In a prepared statement, Google responded with a march of words unlikely to satisfy publishers: “News Showcase payments cover the publisher’s editorial curation of stories for News Showcase panels and, in some cases, beyond-the-paywall access to a set number of articles for Google users, as well as a license for text and other assets needed to run the News Showcase product. We take into account objective metrics including publisher traffic, the amount of content being provided, and the cost of providing limited free access to content behind paywalls for users.”

However, Press Gazette’s investigation found that News Showcase deals often come with ‘add-on’ arrangements, such as Google inking Showcase deals with publishers while also pledging funds for their use of YouTube, which is also owned by Google.

When News Corp announced its Showcase arrangement, the publisher said the deal also included “the development of a subscription platform, the sharing of ad revenue via Google’s ad technology services, the cultivation of audio journalism and meaningful investments in innovative video journalism by YouTube.”

Publishing sources told Press Gazette that Google also sometimes ties Showcase agreements to advertising commitments with publishers, while Google denies all claims of tying: “News Showcase deals are offered independently of other commercial considerations.” Tying one product to another may, in some instances, violate U.S. anti-trust laws.

The level of idiocy from big publishing is simply exasperating here. As admitted by various publishers over the years, the laws surrounding snippets (and it’s still shocking to even say “laws surrounding snippets”) differ from country to country. Big Publishing wanted to enter into negotiations with Google and they, stunningly, got that. Rather than count that as a win, the complaints are that it wasn’t done on a more equal footing and that the deals everyone got wasn’t transparent enough even though these are business to business deals in the first place.

Just to add the cherry on top, the report is actively floating the idea of trying to burn the whole thing down by challenging Google on anti-trust laws with Google News Showcase. Even we are beyond words to express how absolutely ludicrous that is.

As for Google in all of this, if I were Google, I would start doing some serious soul searching on this. More specifically, Google thought of some clever play in the market, but in the end, the business partner decided to throw an absolute temper tantrum even after it got everything it wanted. We are barely a year into this and Big Publishing is already demanding more money. As some already pointed out, these demands for more money for free Internet traffic will never go away. As soon as publishers get more, they’ll demand more anyway and use their “news coverage” as a weapon to attack Google to get it. This as evidence by the Forbes article.

So, at this point, the question I’d be asking if I was Google is, “What have we gotten ourselves in to, anyway?” Maybe, follow that question of, “Should we have even tried this in the first place? Was this doomed from the start?”

Keep in mind that Google still holds a lot of power in this situation. The option to pull Google News services for the countries that passed a link tax law is still available. If Publishers keep demanding more, Google can get out of this relatively unscathed by pointing out that the demands from Big Publishing wound up being too high. Yes, the media will whine and complain that Google is being unfair by not offering their services to them for free, but honestly, what legal liability does Google have for making such a decision anyway? After all, they are not the government nor are they really obliged to pay subsidies to Big Publishing in the first place.

At the end of the day, this really is a case of Big Publishing biting the hand that feeds them. If they keep pushing, they are going to find out the hard way what happened to Spanish publishers 7 years ago. It’s a safe bet that Google may be patient, but that patience isn’t unlimited. If things go sideways for Big Publishing, once again, they’ll have no one to blame but themselves.