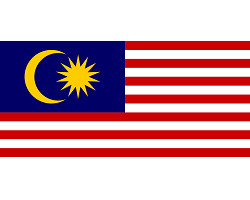 It seems that the film industry is pushing for more Internet censorship. This time, they are targeting the country of Malaysia.

For multinational corporations, unfettered ability to censor the Internet as they see fit is currently the holy grail of copyright laws. Unfortunately for those corporate interests, convincing governments that this is an ideal thing has been an uphill battle at best. Even when countries do their bidding, censorship has become a political disaster.

So, it may be an interesting development for observers to know that they might be adjusting their tactics. Rather than target first world countries like Australia, it seems that multinational corporations are now going after a non-first world country instead. In this case, the movie industry has Malaysia in its censorship cross-hairs.

A report out of Star Online, the film industry is pushing for speedier Internet censorship. From the report:

The MCMC can only instruct ISPs (Internet service providers) to block access to a website that infringes copyright once it receives the direction from the KPDNHEP.

For now, Kim said it can take months for the ministry to ­investigate a report about a site offering illegal content.

The Asia Video Industry Association chief executive officer Louis Boswell said Malaysia need to keep up with the way piracy is evolving in the digital space.

As with other attempts to censor the Internet, the corporate interests try to use examples from other countries to push the agenda. It’s a tactic similar to patent trolling.

When a shell company obtains the rights to enforce patents without producing something of value, they target smaller firms and demand license fees. Since those smaller companies can’t afford high-priced lawyers, they have to either pay the license fees or going bankrupt. Those license fees are relatively small, but the extortion is then taken to the next level when the target larger firms. They use the companies they pressured into getting a license to demand millions.

So, in a similar vein, multinational corporations use a similar tactic to push agenda’s like getting countries to implement Internet censorship. They pressure multiple countries into implementing the latest scheme they’ve come up with (in this case, Internet censorship). Sometimes the efforts work while other times, the efforts fall flat. Any inkling of success they can either dream up or twist out of the situation, they’ll use to go to other countries and pressure them to implement similar laws. Typically, the argument is that other countries have implemented these laws, this country should too or risk “falling behind”. Cory Doctorow once described such tactics as policy laundering.

So, in this case, the multinational corporate interests didn’t miss a beat. There were a few examples they theoretically could have used. They could have used Australia’s censorship scheme which ended up being the subject of censorship creep. They might have used Europe’s Article 13 debate which wound up seeing mass protests on the streets. Another possibility is the effort by corporations to implement censorship in Canada which ended in Canadian regulators rejecting the scheme. Interestingly enough, though, they used non of the above.

Instead, they relied on the notorious story of the Premier League getting websites censored on the Internet in the UK. For those who were following the story, the Premier League was trying to censor anything and everything they didn’t like. Unfortunately for everyone else, things spiralled out of control. They tried to block all of Facebook on Google at one point.

Of course, things have been contentious at best over the last several years with that. Previously, the Premier League demanded that YouTube pull a video of a professor arguing for stronger copyright laws. The League also targeted people posting animated GIFs.

So, it may be a surprise that the Premier League is being used as an example as something to follow. Relevant portion of the article:

If Malaysia needs a model on how to administer effective site blocking practices, it can look at Britain. Premier League senior commercial solicitor Stefan Sergot said that the company relies on a real-time ­blocking method to prevent illegal streaming of live football matches in the country.

The site blocking order went well beyond simply blocking pirated streams, yet the industry pushes this as a model to the world. For a lot of free speech advocates, that would be a very worrying development.

For the industry, this is an interesting tactic. The Premier League controversy is less well-documented. So, the idea is to try and pretend that this is how it is done while glossing over what really happened, hoping that no one would notice.

Some might argue that this is a great example of grasping at straws here. This is because that so many other attempts at Internet censorship have proven to be such a big disaster. The Premier League is the best the multinational corporations could come up with as the example best used to sell another country on censorship in the first place.

For the people of Malaysia, the hope is likely that this would be left as some random musings of big film executives rather than taken as a serious legislative suggestion. Internet censorship has proven to be a failure in other countries. There is no reason to believe that it’ll be any different in Malaysia.