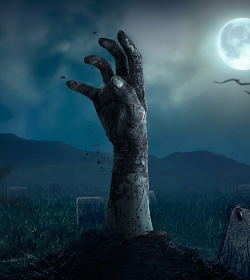 More rules are being bent and broken to pass Bill C-10. What is it going to take to finally kill this thing?

The farcical comeback of this never ending battle over free speech is continuing. Just when you thought this bill was dead, it seems to find a way to live again. At this point, it might be faster to list the democratic rules and norms that weren’t bent or broken. Things were moving into the realms of the absurd after Liberals shut down the democratic process through multiple gag orders and even getting a “super motion” to shut down debate further. Then, in the dead of night, Bill C-10 passed the House of Commons at 1:30AM. If anything, this attempt at a comeback made one thing clear: The Heritage Minister will stop at nothing to crack down on free speech online and the democratic process is just an inconvenient obstacle.

Some of these efforts to circumvent democracy were rubbing some politicians the wrong way. Specifically, the Senate were less than impressed by the Minister’s shenanigans. Earlier, they remarked how the efforts were “insulting“. As we noted at the time, if you are hoping for someone to pull strings for you, the last thing you’d want to do is burn that bridge down in the process. At the time, it seemed like passage was going to be unlikely given that the last scheduled sitting day was on Tuesday.

Just as people were getting ready to call it, saying that free speech had managed to survive by running out of the clock, free speech opponents managed to pull yet another rabbit out of their hat. Senators have apparently agreed to extra sitting days. Indeed, looking at the Senate schedule now, you’ll see that not only was Wednesday was added as a sitting day, but also next Monday and Tuesday.

🚨🚨Bill C-10 is not dead yet in the Senate. Senators just agreed to immediately move to second reading today and extra sitting days added for next week. Many bills on Senate agenda, but concerns growing there may be an attempt to fast track C-10 without much needed study.

Bill C-10 is not dead yet in the Senate. Senators just agreed to immediately move to second reading today and extra sitting days added for next week. Many bills on Senate agenda, but concerns growing there may be an attempt to fast track C-10 without much needed study.

At this point in time, you have to ask if there is some sort of mystical terrorist attack that was going to happen imminently. In response, the only way to stop this awful attack is to pass Bill C-10 and initiate the crackdown on free speech online as soon as possible. Honestly, if the government was this highly motivated to fulfill the 94 Calls to Action in the Truth and Reconciliation Commission, the country would probably be done in, what, a week?

What about privacy laws that would at least implement actual fines for companies that break the law? That was introduced back in 2020 and all Canadians got out of it was foot dragging and excuses.

Further, whatever happened to bringing affordable Internet to indigenous and rural Canadian communities? What Canadians got is a potential huge step in the wrong direction with the Rogers Shaw deal that no one wants outside of the executives involved.

This really puts into focus just how asinine this process has become. Why is C-10 such a high priority for the Liberal government that they are willing to burn down every democratic check and balance to make it happen? It’s not as though lack of passage will reduce this whole country to cinders. The situation is outright exasperating at this point.