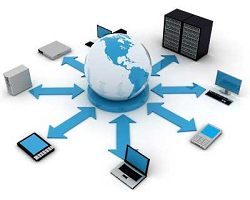 While much of the focus around the FCC’s decision has been centred around the United States, the decision is being felt far beyond the countries borders.

The decision by the Federal Communications Commission (FCC) to scrap network neutrality is continuing to dominate the headlines in the US. Long before the decision was made, we examined why this decision is going to be felt around the world. At the time, we found that everything from access to content, US based businesses closing down, and services used to support websites located within the US will be affected by this.

This, of course, assumes that ISPs would do any discrimination at all. If recent reports are anything to go by, it’s almost a forgone conclusion they will.

A lot of the network neutrality focus is currently focused on the US and what it means for American’s. This is only natural given that the US is the epicentre for the decision. Still, that doesn’t mean the consequences of scrapping network neutrality is contained within the borders. After all, the Internet is interconnected and international. So, it is only natural that other countries find themselves wondering what this decision means for them. We look at the reaction of the decision in a couple of other countries from around the world.

One report on the ruling comes from Australia where fears that the reverberations will be felt in that country. From the report:

Australians may feel the reverberations from the US decision to end open access to the internet, according to consumer and digital rights groups.

At the moment, Australia has no specific laws ensuring net neutrality.

However, the laws that guaranteed net neutrality in the US provided a standard by which many Australian companies have operated, according to Mr Singleton-Norton.

“With that now gone, we’re worried about what Australian operators will see as an opportunity to change that,” he said.

“In fact, we’ve already seen some comments, such as from the CEO of Vodafone Australia, that he is willing to look into this as to how he could change processes here in Australia.”

Meanwhile, Britain is certainly seeing worrying signs that the scrapping of network neutrality could impact their Internet. From a report from the UK version of the Huffington Post:

While the decision will have enormous implications for those living in the United States there are already signs that it will have an impact on the UK and even Europe as a whole.

While that protects our broadband speeds we are already seeing some worrying evidence of this creeping into our smartphone packages.

EE for example will give customers free Apple Music subscriptions and perhaps more crucially it won’t count the data you use streaming music through Apple Music.

The same can’t be said for Spotify which EE still counts towards your data.

Another example is Virgin Media which has said that on certain plans it will not count the data you use on Twitter, WhatsApp or Facebook Messenger.

Now on the surface that seems like a great deal for consumers but by picking favourites it actually makes it harder for competition to thrive as why would you start using a service that does count towards your data.

We’ve covered Canada’s position on the matter previously where government officials are reaffirming their commitment to network neutrality. Another report we found comes from the Vancouver Sun which shows the following:

What does that mean to Canadians? We asked Katy Anderson, digital rights advocate at OpenMedia, internet entrepreneur Ian Andrew Bell, co-founder of Voice over internet Phone (VoIP) firm RingCentral and Hasan Cavusoglu, a professor at UBC’s Sauder School of Business.

Diminished access: Now that ISPs can slow or block content, big players could pay to have their competitors’ data slowed or eliminated for that ISP’s customers. Canadians can expect to experience slower service from some U.S. content providers as data battles rage there. “If Amazon wanted to pay AT&T to choke traffic from their competitors they could do that and Canadians would suffer from that diminished service,” said Bell.

Killing innovation: Creative startups — the next Facebook or Netflix — could be killed in their infancy if companies with deep pockets consider them a threat, which will reduce innovation over time. “If you wanted to start a company to compete with Netflix, it’s unlikely you would have the money as a startup to pay Verizon to prioritize our video traffic the way Netflix can,” said Bell.

Meanwhile, the Globe and Mail is offering a similar take:

Now that the U.S. federal government has rolled back the internet protections it put in place two years ago, the big question is: What does the repeal of “net neutrality” rules mean to you?

In the short term, the answer is simple: not much. But over time, your ability to watch what you want to watch online and to use the apps that you prefer could start to change.

But some warn that Canadians could still feel the effects of the change in U.S. policy. Internet advocacy group OpenMedia contends that if popular U.S. internet services – such as Netflix – are forced to pay more for priority speeds south of the border, they will pass that cost on to users outside the country as well. Plus, while the Canadian framework for net neutrality appears solid now, the government has announced plans to review both the Telecommunications and Broadcasting Acts over the next few years.

To wrap up our survey of the world reaction, we turn to New Zealand. The following is posted on NZ Herald:

InternetNZ chief executive Jordan Carter said that all internet users would end up worse off as a result.

“The FCC should have left the open internet orders in place. Their decision instead damages the internet for everyone,” Carter said.

“An open Internet that isn’t captured by big ISPs or content companies is the platform for innovation and development New Zealand and the world need.

“The repeal of these American open internet requirements means that over time, innovation is at risk in the United States.”

So, it seems that the reaction is fairly uniform and unanimous. Some countries are looking at what laws they have and hoping that their country doesn’t go down the road of the US. This is combined with fears that innovation being curtailed in the US will have an impact on the world at large. No one is saying the changes will happen overnight, but the erosion over time will be felt.

One thing is for sure, there is definitely a lot of anxiety over the repeal. The fears do stretch well past the US borders. At this stage, many are certainly hoping that the regulatory damage this will likely cause will be largely contained within the US. That, of course, is going to be a tall order.