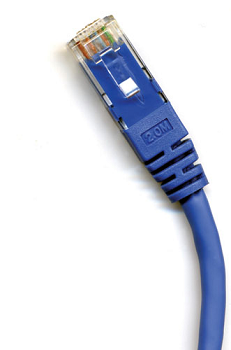 Internet access for indigenous communities is continuing to be a problem. This according to an RBC study highlighting the issue.

The digital divide continues to be a huge problem for rural and indigenous communities. A study by RBC is highlighting this long standing problem. The study comes as Canada’s relations with indigenous communities is in sharp focus with the continued discoveries of unmarked grave sites at former residential schools.

During the 2019 election, a promise across many parties is to increase access to rural and indigenous communities. So, it’s not as though it wasn’t on the radar for politicians during the last election. So, it is interesting to see this study today which highlights where Canada is at today. From RBC:

Improving: economic participation
• There are 25 self-government agreements across Canada involving 43 Indigenous communities, with more negotiations ongoing.
• The gap between Indigenous median income and non-Indigenous median income narrowed to 25% from 33% between 2005 and 2016.
• Indigenous Peoples are creating new businesses at nine times the Canadian average.
• More than half of Indigenous Peoples in Canada lived in urban areas in 2016.
• Canada’s Indigenous GDP is $33 billion, but could rise to $100 billion if it matched Canada’s overall per capital levels.

Needed: better connectivity
• Only 24% of households in Indigenous communities have access to quality, high-speed Internet.
• Ottawa aims to connect 98% of Canadians to high-speed Internet by 2026, and all Canadians by 2030.
• Two-thirds of jobs held by Indigenous workers are expected to require a different mix of skills.
• Demand for skills in emerging technologies including machine learning, robotics, augmented and virtual reality, blockchain, and the Internet of Things rose 36% in 2019

So, a great takeaway here is that if you want to empower indigenous communities, giving them better access to quality high speed Internet access is a great way to do so. This can greatly help with starting up the businesses of tomorrow in technological areas that will be in high demand. Unfortunately, the goals by government still seem to be quite far away with the promise to connect most communities to high speed Internet all the way into 2026. To put that into perspective, if the election speculation holds true and an election is called today, then a majority government is seen on the other side, that will go all the way up to 2026. The 2030 goal is, potentially at the end of a second mandate after. So, these promises are being made for, at best, the end of the next mandate. A lot can happen in the interim such as moving the goal posts between now and then.

A CBC article comments that this digital divide is holding indigenous communities back:

It’s hard enough to start a business, but young Indigenous entrepreneurs face an even more uphill battle because of a systemic digital gap that’s holding them back — along with Canada’s entire economy.

The report includes findings from online surveys of 2,000 Indigenous youth who agreed to participate in the bank’s Future Launch initiative, a 10-year, $500-million bank-funded initiative to help prepare young people for the jobs of tomorrow.

The Indigenous youth population in Canada is growing at a pace four times faster than the rest of the country’s youth, the report says, and Indigenous people create new businesses at nine times the Canadian average.

And while Indigenous entrepreneurs are a vast and growing cohort, a big reason they remain a largely untapped resource is a yawning digital divide.

It’s something that Edmonton-based business owner Mallory Yawnghwe knows firsthand. Growing up in Saddle Lake Cree Nation in Alberta, she never saw the online world as a career opportunity because digital infrastructure in her community was so poor.

Last year, the federal government promised to make sure 98 per cent of the country has access to high-speed internet within five years. Despite that commitment, the report says more than three-quarters of households in First Nations communities don’t have it.

In a global economy that’s moving more and more online, that’s holding them back.

“I come from a reserve where we have very poor internet access,” Yawnghwe said in an interview. “To this day … literally you can’t get internet out there unless you have a connection to a Wi-Fi source, which a lot of people don’t have.”

It wasn’t until she got a business degree from MacEwan University in Edmonton that she saw the economic potential of being digitally connected.

Fast forward to 2020, the pandemic gave her an unexpected chance to fulfil her passion to elevate her community.

So, while the evidence is clear that increased Internet access to these communities can not only benefit indigenous communities, but also Canada as a whole, the Canadian government has seemingly been either seeing setbacks, or making steps in the wrong direction in all of this. For instance, back in May, we reported on how the CRTC is reversing a 2019 decision capping wholesale bandwidth. The outcome of this is going to be obvious. With independent ISPs being forced to either raise their rates or leave the sector entirely, prices are seemingly destined to go up across the board. If prices for access goes up, that will obviously hurt efforts to increase connectivity in these communities.

Another problem is the Rogers Shaw deal where two of Canada’s few remaining large players are hoping to combine, narrowing the competition to three players: Telus, Rogers, and Bell. Obviously, observers all over point out that this presents a problem because less competition means prices are going up. Like the CRTC decision, if you are increasing rates, that inevitably hurts the efforts of increasing access to these communities.

This is over top of the fact that Canadians already pay some of the highest cell phone and Internet rates in the developed world. This was highlighted in the ReWheel study where Canadians were amongst the most heavily charged for mobile service. Coincidentally, a picture recently posted on Twitter is highlighting how Canadian providers are also profiting the most out of all developed nations:

So, while the federal government is promising better days ahead, for now, they are heading in the wrong direction in trying to fulfill these goals. People who may not be able to afford much might find themselves priced out of the market even if Internet access is provided. This combined with the promises of fixing things years down the road at the end of the next mandate or the mandate after. The practical benefits of increasing Internet access for all along with the potential economic boosts that would entail with increased entrepreneurship are pretty clear. Unfortunately, what we are seeing now is little more than lip service and, yet again, more promises that this problem is getting resolved sometime in the distant future.