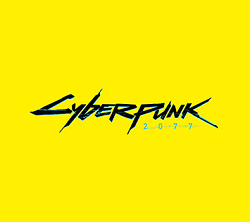 The maker’s of Cyberpunk 2077 are having to deal with the buggy launch of their game. Now, a class action lawsuit is being filed too.

Accusations of the game not booting, and many other bugs rendering the game difficult to play – and that’s a pretty optimistic characterization for the state of the game now. Suffice to say, the launch of Cyberpunk 2077 was a botched one. It was so bad, that Sony took the unusual step of not only offering refunds, but removing the game from their console store. Microsoft, for their part, is offering refunds, but hasn’t gone to that added step – at least, not yet.

Now we are learning that the problems are beginning to stack up. CD Projekt S.A. is named as a defendant in a class action lawsuit filed over the buggy game launch. This is probably the last thing the company needed as a Christmas present, but it appears that they are getting it anyway. From IGN:

Announced in a press release, Rosen Law Firm is filing the class-action lawsuit on behalf of purchasers of the securities of CD Projekt S.A. between January 16, 2020 and December 17, 2020, and is seeking to “recover damages for CD Projekt investors under the federal securities laws.”

The lawsuit claims that CD Projekt has “made false and/or misleading statements” and/or failed to disclose that “Cyberpunk 2077 was virtually unplayable on the current-generation Xbox or PlayStation systems due to an enormous number of bugs.”

The news comes as the company faces falling stock prices thanks to disappointing sales of the game. From MyBroadband:

Shares in CD Projekt SA fell on Wednesday after the Polish gaming studio reported sales for its troubled Cyberpunk 2077 game which disappointed analysts and prompted concern about the timing of future releases.

The studio said it sold 13 million copies of the game by Dec. 20, a figure which factors in the number of refund requests the company has received.

The update doesn’t include information about the scale of refunds themselves, just providing the net sales number.

The most important near-term issue is not initial unit sales of Cyberpunk, but the timeline to fixing its bugs, the analysts said.

The stock fell 3.7% in early trade on Wednesday and has slumped about 42% since its recent high in early December. The game was released on Dec. 10.

Early reviews of the game suggest that the gameplay itself is falling flat on top of it all. An NPR reviewer suggests that the punk thing to do is to not play it:

I mean, that’s part of the psychological deal we make with video games, right? We invest in the fiction that we are who we play. In this case, it’s V — the main character in CD Project Red’s massively hyped, massively disappointing open-world pantsless-motorcycle-riding-simulator. V can be anyone. They are you, whoever you want to be. They are me, every minute that I play. And they are wearing that stupid jacket with its stupid slogan which I refuse to take off and which, eventually, will become symbolic to me of everything that’s wrong with this game — everything sour and broken at the heart of it.

Cyberpunk 2077 is about … nothing. There’s a plot of sorts. A kind of threaded narrative about a heist gone wrong in such a way that V ends up with Keanu Reeves permanently stuck living in his head. But it isn’t about anything. You run around collecting guns and meeting people and (mostly) killing them and (occasionally) just talking to them, and both options are terrible because the killing is almost always pointless and the talking, somehow, is even worse because the writing is so, so bad.

Keanu Reeves plays a character called Johnny Silverhand, a rockerboy from 50 years back in the game’s timeline who — for only the most vaguely defined or defended reasons — nuked the headquarters of one of the biggest corporations in Night City and killed thousands of people. Like actually blew it up with a nuclear weapon. Johnny Silverhand is a full-on terrorist, but he’s the good guy in this story. Kinda. Because, you know …

To be fair, if you’ve played the Witcher series, everyone being sour and broken in a game is nothing really new. You constantly meet people who initially appear to simply have a problem. As you investigate the issue, you find out there are some horrible underlying secrets. The guy you help get his supplies back turned out to have murdered his business partners. The guy you agree to help bring back his wife actually drove her off with alcohol induced rage and beatings. Want to help a small village lift a curse? Well, there is also the fact that the ones asking for help are led by witches that have a tendency to eat people. Really, I could go on, but that was always a common theme amongst those games. It almost sounds like this game is no different.

If anything, it sounds like this game continues that type of writing which is a bit unfortunate. It can be hard to relate to a game when everyone depicted in the game isn’t all that likable.

Of course, we haven’t played the game ourselves, nor plan on doing so any time soon given our review schedule. So, we only have others having anecdotal evidence to go on. Still, the lackluster reviews does give one reason to be nervous about the future of the game. If the game now is a buggy mess and the gameplay leaves a lot to be desired, what’s going to happen when the bugs get fixed? There’s still the possibility of a game that leaves a lot to be desired (assuming that’s the case).

While these are certainly problems for the company, there is also the backlash coming from within the company as well. Already, the company is under fire for imposing mandatory 6 day work weeks as clear back as September. This likely only worsened things for everyone now that we know the game is in the state it is now. From GeekWire:

As if 2020 wasn’t a disappointing enough year already, the release of the highly anticipated Cyberpunk 2077 had turned out to be a dud, and the game has been removed from the PS Store with refunds offered to people who had purchased the game. While a lot of people online are angry that CD Projekt Red would release something that was clearly incomplete, it’s revealed that the developers who had also worked on the game are mad at the heads for marketing the release poorly.

According to Bloomberg, an ‘internal video meeting’ last week was held with the management apologizing for the poor launch. As it turns out, angry staff members had fired questions at the board for botching the release, one employee asking the board why they said the game was ‘complete and playable’ last January.

If anything, the developers had been boxed into a corner thanks to the marketing of the game, and it was said that the biggest flaw was that the deadlines set by the board of directors ‘were always unrealistic’. Besides the game getting delayed three times, developers were said to have been forced to crunch with mandatory 6-day work weeks just to meet deadlines, and when the game was released, it was still full of bugs.

All of this points to the fact that the executives have ultimately dug themselves into quite a deep hole. It is going to take a lot to get back out of this one.