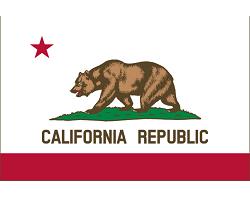 Big US ISPs have joined the efforts of the Trump administration by suing California for passing network neutrality.

It’s probably not very surprising, but major US ISPs are no fan of network neutrality. In an effort to put the brakes on a fair and open Internet, American carriers are suing California to try and prevent network neutrality from once again becoming reality in America. From CNET:

On Wednesday, mobile-industry lobbyist the CTIA; USTelecom, which lobbies for the telecommunications industry; and the two lobbying organizations for the cable industry, NCTA and the American Cable Association, jointly filed a lawsuit in federal court against the state of California to block its new law.

Collectively, the groups represent almost every broadband provider in the country, including mobile operators like T-Mobile and Sprint as well as cable and telecom companies such as AT&T, Comcast, Charter, Verizon, Frontier and CenturyLink.

The suit, filed in the US District Court for the Eastern District of California, asserts that California’s net neutrality protections are illegal because they’re pre-empted by the Federal Communications Commission, which rolled back federal net neutrality rules earlier this year.

The trade groups’ suit calls California’s law a “classic example of unconstitutional state regulation,” and it’s asking the court to block the rules from taking effect on Jan. 1.

This is far from the first time ISPs tried to preserve their monopoly through controversial means. Back in 2009, I famously reported on big US ISPs rolling out push polling to stop cheap Internet. Specifically, the effort was to put the breaks to project Greenlight, a municipal broadband project. North Carolina began the effort to roll out municipal broadband after the ISPs refused to upgrade their networks. Fearing that this effort could actually establish competition in the marketplace, ISPs began pushing out push polls to convince voters to lobby the government in an effort to kill the project.

This latest lawsuit will no doubt re-confirm in most people’s minds that it is ISPs that are largely behind the push to kill network neutrality. After all, with ISPs becoming part of a larger media corporation that also sells content, it would be a huge money making operation if users could only access services ISPs controlled. Network neutrality would get in the way of that because it mandates ISPs simply treat all traffic fairly. Compounding this line of reasoning is a study released last month plainly stating that ISPs throttle Netflix and YouTube, services that compete against the ISPs services.

So, with lawsuits predictably filed, we’ll no doubt see whether state rights will win out or not. Given the drama surrounding a recent supreme court nomination, supporters of a free, open and fair Internet are no doubt going to be increasingly nervous about the future of the Internet.