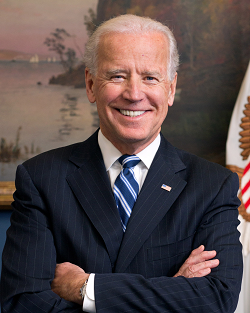 Despite pressure, President Joe Biden is backing the push to waiving patent protections on COVID-19 vaccines which could help shortage issues.

One of the biggest problems surrounding COVID-19 is the lack of vaccines. For months, vaccines faced a supply bottleneck. As a result, millions of people around the world are left waiting for their vaccine. It has led countries to ration what few vaccines there are. Probably one of the best methods in rationing is to give the vaccines to the most vulnerable populations. This has been typically the older segments of the general population. After all, older people do run the biggest risk of death, so, it makes sense that they get access to the vaccines first.

Still, the problems are continuing to mount. A number of countries are gripped by third and fourth waves of COVID-19. Among the heavily impacted countries are India and Brazil. The real risk is that, the longer this pandemic goes on, the bigger the risk of more mutations that might be able to evade the vaccines protections among other things. In a number of parts around the world, health care systems being overrun is a very real possibility. Some hospitals are resorting to extraordinary measures already as it is.

One of the problems is patent protections. Only a handful of manufacturers are permitted to manufacture the vaccines in the first place. While they are ramping up supply, global shortages continue to be an issue. Indeed, patent protections can be justified for a number of medications – namely the money is used to fund research into pharmaceuticals. The unfortunate aspect is the fact that patents have been known to drive up prices and keep supply low.

Because of the global pandemic, pharmaceutical corporations have been making huge amounts of cash already. After all, when you are one of the only companies that can produce a vaccine, and everyone in the world needs one, the profits you stand to make are off the charts. The question is, are there more important things in this world than money? Many do think so. Health experts have been long calling for patent protections to be waived for COVID-19 vaccines as part of an effort to get this under control. Some cite the waiving of patent protection for the polio vaccine as a precedent for this. After all, Polio has been largely eradicated as a result.

In the US, there has been a fierce fight over whether or not there should be a waiver on the patent protection of the COVID-19 vaccine. On the one side, there are health experts who are calling for the patent to be waived given the health crisis. On the other side are economists and big pharmaceutical companies who want to maximize the profits off of the vaccine. This as the COVID-19 health crisis worsens around the world.

It seems that president Joe Biden has made a decision on this large debate and chose to waive the patent protection. From NPR:

President Biden threw his support behind a World Trade Organization proposal on Wednesday to waive intellectual property protections for COVID-19 vaccines, clearing a hurdle for vaccine-strapped countries to manufacture their own vaccines even though the patents are privately held.

“This is a global health crisis, and the extraordinary circumstances of the COVID-19 pandemic call for extraordinary measures,” U.S. trade representative Katherine Tai said in a statement. “The Administration believes strongly in intellectual property protections, but in service of ending this pandemic, supports the waiver of those protections for COVID-19 vaccines.”

The pace of vaccinating against COVID-19 in the U.S. is slowing down. In some places, there are more vaccine doses than people who want them.

Meanwhile, India is now the epicenter of the pandemic, and just 2% of its population is fully vaccinated.

The WTO is considering a proposal to address that inequity, as India, South Africa and over 100 other nations advocate to waive IP rights for COVID-19 vaccines and medications, which could let manufacturers in other countries make their own.