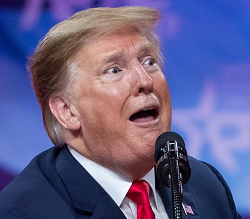 Facebook’s oversight board has said that Trumps ban from the platform was justified, but took issue with the fact that it is permanent.

There’s been a development of Facebook’s decision to ban twice impeached former president, Donald Trump. Trump, following his decision to compel his supporters to launch a terrorist attack on the US Capitol buildings back in January after he lost the US general election by a landslide to now President, Joe Biden.

At the time, many were giving up on large tech giant’s to even have a semblance of enforcing the rules. For many, it seemed like Trump can do anything he likes, flagrantly violate the rules, and not see any consequences for his actions. Whether it was intentionally spreading lies about election fraud, harassing critics, or all the other forms of abusive behavior, it just seemed that Trump was above the rules simply because he is the US president. Considering that people should be holding people in office to a higher standard, it was pretty much the polar opposite to what is supposed to happen in a functioning democracy.

At any rate, many eyes were on the multitude of social media platforms. The question was, “OK, so we have now sunk to the low of seeing him launch terrorist attacks and encourage violence. Is that finally enough for you to enforce the rules or are you going to just shrug your shoulders like every other time he violated the rules?” To say that people were cynical at the time would be a huge understatement. If people weren’t engrossed in the peak stupidity unfolding on television and the ensuing aftermath, that was what was going through some observers minds.

Much to the surprise of many (and, no doubt relief), social media moderation teams finally reacted and finally gave Trump the boot for violating the rules. Facebook was one of a number of platforms that permanently banned Trump. On the one hand, it was nice to see that social media platforms finally finding a backbone, but on the other hand, the bar has been set so low for presidents to get the boot, you’d probably find it somewhere in China after all that digging. The standard, as it turns out, is launching terrorist attacks on government buildings. On the one hand, that is exceedingly pathetic, but on the hand, the US Senate was unable to reach that standard after acquitting him a second time for political reasons.

While the country seems to be finally starting to settle down after reaching such extreme forms of insanity, the scars left behind by the damage the Trump presidency has inflicted on the country will no doubt be felt for years, if not, decades to come. That isn’t going to buff out at all.

The fallout on Facebook is continuing to be felt by a recent decision by its own oversight board. That board has said that it is upholding Trump’s ban, but question the permanence of it. From the BBC:

But it criticised the permanent nature of the ban as beyond the scope of Facebook’s normal penalties.

It has ordered Facebook to review the decision and “justify a proportionate response” that is applied to everyone, including ordinary users.

The former president was banned from both sites in January following the Capitol Hill riots.

The Oversight Board said the initial decision to permanently suspend Mr Trump was “indeterminate and standardless”, and that the correct response should be “consistent with the rules that are applied to other users of its platform”.

At a press conference, co-chair Helle Thorning-Schmidt admitted: “We did not have an easy answer.”

In the mean time, it seems that Trump has launched his own website. This is known as “From the Desk of Donald J. Trump.” From The Denver Channel:

Former President Donald Trump has launched his own online platform.

The new website is called “From the Desk of Donald J. Trump.” It will allow the former president to communicate with his followers without interacting with them.

The new site features newly written statements from the ex-president.

“President Trump’s website is a great resource to find his latest statements and highlights from his first term in office, but this is not a new social media platform,” said Trump spokesman Jason Miller on Twitter. “We’ll have additional information coming on that front in the very near future.”

Trump had considered making notorious right wing echo chamber, Parler, his new home. The problem was that he wanted a controlling stake in the website in exchange for him having his primary account on there. Clearly, that wasn’t what the staff wanted and the deal fell through.

Critics have commented how Trump has an insatiable need for attention. There were even reports of Trump writing tweets down on paper at one point to go along with his alleged obsession with television ratings. So, it’s probably not all that surprising that Trump finally decided to just have someone build him a website so he can free himself of those burdensome things called rules and decorum.

Still, if Facebook lifts the permanent aspect of Trump’s ban, then it’s more than possible that he would simply wait out the ban before crawling back to the larger platform again. In the interim, it’ll be up to Facebook to create clearer guideposts on what justifies a permanent ban in the first place.

Facebook critics will no doubt wonder if Facebook will eventually see it as more of a business opportunity and just let him back onto the platform in the first place.

Really, though, time will tell which direction Facebook will take this decision.