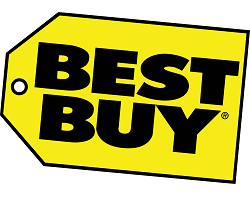 The list of retailers hit by the recent data breach has grown. Now, it’s not just Delta Airlines and Sears affected.

Last week, we brought you news that Sears and Delta Airlines have been hit by a data breach. While a specific number of people affected remains unclear, what we do know that the number ranges into the “hundreds of thousands”. Malware is being blamed for the breach which affects customers using [24]7.ai.

As it turns out, the breach extends beyond Sears and Delta Airlines. According to a later report, Best Buy and Kmart are also impacted by this breach. From CNET:

Now, you can add Best Buy to that list.

The big-box electronics retailer says it was also affected by the same breach, due to Best Buy’s use of online customer service software from [24]7.Ai during a 15-day period when that third party firm’s online chat tool was infected with malware.

(You don’t need to have used the online chat software to be affected. Delta, for one, believes that if you entered billing information into these companies’ desktop websites between Sept. 26 and Oct. 12, 2017, there’s a chance your information was compromised.)

Best Buy hasn’t said how many of its customers were affected, but indicated the the number is small. “As best we can tell, only a small fraction of our overall online customer population could have been caught up in this [24]7.ai incident, whether or not they used the chat function,” the company said in a statement.

It’s important to note that none of these companies has yet confirmed whether any personal information was actually stolen. They’ve merely said there was an opportunity for it to have been taken.

Regardless, Best Buy says it will offer free credit monitoring services to those who want them, and is assuring its customers they won’t be liable for any illegal transactions.

April is proving to be a very active month for data breaches and leaks. Earlier, we brought you news of PaneraBread where, by one estimate, 37 million customers were impacted by a data leak. Before that, Saks and Lord & Taylor were hit with their own data breach. About 5 million credit cards were compromised in that breach. All this occurred this month.