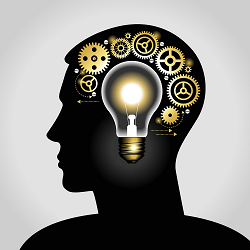 As we get closer and closer to the Federal Communications Commission (FCC) vote, an increasing number of people are worried about what this means for innovation.

We are now just four days away from the FCC vote to scrap network neutrality. In the lead up to the vote, anxiety is only growing in the US about the potential implications. One of those anxieties revolve around what this could mean for small businesses and Internet entrepreneurs.

This is something we touched on early this month. Our focus revolved around both the potential damage that could happen both for websites in and out of the US. Now, it seems this realization is being expressed more recently.

In one article on the MIT Review, some worry about the hamstringing of innovation:

If the rules are rolled back, more of these arrangements are likely to appear. ISPs will also start offering paid prioritization. Some of these “fast lane” deals might not lead to higher prices for consumers. But entrepreneurs are rightly concerned that large companies will spend heavily to dominate fast-lane access, making it harder for some startups, such as bandwidth-hungry mobile video companies, to challenge them. “Milliseconds of difference can leave you at a disadvantage when potential customers are evaluating your product,” explains Tom Lee, the head of policy at Mapbox, a location data platform for mobile and Web applications.

Even the very biggest startups could suffer. In an IPO filing published earlier this year, Snap warned that weakening or ending net neutrality would hurt its business if ISPs limited access to it or favored its rivals (see “Why Snap Is Worried About Net Neutrality”). Young companies that pay up for higher speeds would have to pass those costs on to consumers, making it harder to compete with bigger players.

Big ISPs say they’re committed to keeping a level playing field, but history and economic realism suggest they won’t. AT&T, for instance, blocked Skype and other Internet calling services on iPhones on its network until 2009. In many markets in America, there are still only one or two high-speed broadband providers. The lack of competition means there’s little to deter them from discriminating against services that pose a threat to their own offerings.

Meanwhile at Engadget, some of the fear is that it could put artists and small businesses at a disadvantage:

The worry is that repealing net neutrality will create an uneven playing field. For you and me, it could mean paying Verizon extra to access Netflix. But, for artists, small-business owners and musicians, it could lead to their work being disadvantaged, silenced or hidden behind a paywall.

That type of barricade may stifle creativity and drive more cultural homogeneity. FM radio isn’t a viable way to discover new music anymore because many stations have set playlists dictated by a few corporate overlords like iHeartRadio and Townsquare Media. Which is why the internet it is such a powerful tool for discovery. All someone needs is a cellphone and a YouTube account to get their name out there — not years of touring or approval from a panel of celebrity judges on America’s Got Talent. It’s that type of freedom many critics fear will vanish with Title II.

“How hasn’t [an open internet] benefited me would be a more fitting question,” Martin Smith, a DJ and digital marketer told me. “Without an open internet, the music industry wouldn’t be where it is today.”

Smith runs the digital-marketing firm Overflow, whose client list includes Coca-Cola, T-Mobile and Universal Music Group. He realizes that many of the marketing tools he uses began life as dorm-room projects that were then uploaded to the internet — like Facebook and Twitter. “If the major media behemoths of the time could have paid the right people to restrict those platforms from getting where they are, they surely would have.”

Finally, TechCrunch fears that innovators would no longer be welcome in the US:

an internet that costs more to do less is simply less attractive to talent. The US already has restrictive immigration and a high cost of living – by making it a hostile environment for those that don’t appease the internet’s overlords, we’re rejecting the future geniuses of tomorrow.

When Netflix, Spotify and Amazon came along, they were plucky startups that large corporations didn’t think would bother them until it was too late. Now they border on utilities, and though I’ve suggested even giant companies can be disrupted, smaller ones could easily be quashed immediately. It doesn’t take a grand leap of faith for Comcast to say a competitive product, or one that in some way threatens them (or one of their for-profit companies) isn’t “safe” to have on their ISP.

Any company that threatens an entertainment product owned by NBC, or the voice or data services of AT&T, or begins to syphon talent from Time Warner’s HBO is at risk. Future startups that are particularly data-hungry could find themselves having to pay the toll to ISPs.

Let’s take it one logical step further, and consider what Comcast could learn from your cloud storage provider. They could simply decide that anything coming from Amazon Web Services or Akamai — so most startups and companies – have to pay an overage per gigabyte to simply use their network.

If you don’t think they will, they’ve already begun. Comcast created their own Content Delivery Network to speed up delivery specifically to Comcast customers. They disputed it being “faster.” But of course they would.

It’s not hard to see the logic behind all of this. Essentially, if the Internet becomes slower or blocked altogether, that is a disincentive for startups to try their hands in the US. Why go to a country with restricted Internet access when there are other countries all over the world that have a much more open Internet?

In fact, already, other countries have confirmed their commitment to network neutrality. Canada, for instance, has expressed their support for network neutrality. India has also come out in support of network neutrality. Some have already pointed out the irony of the fact that chairman Ajit Pai, an Indian-American, is seeking to dismantle the same kind of rules within the US.

The reason it is significant that other countries are advertising an open Internet is because there is a term what geographers call “push-pull factors”. It is typically used to describe population migration, but a similar effect could be triggered depending on how ISPs treat the Internet once they hold all the cards. You have the push factor that is the US allowing ISPs to restrict the Internet for their own profits. The pull factor would be other countries that advertise an open Internet.

This is not to say every innovator out there is going to simply pack up and move to Canada or India, however, there is now an incentive for many to do so. After all, why work with the disadvantage of a broken Internet when one is just a single border hop away? If your business revolves heavily around the Internet, there is certainly a motivating factor to rethink where your business is located. The question is, how many innovators simply deal with the heat of an American style Internet or simply pack up and leave (or worse yet, fold their business altogether)? That is going to be an interesting question in the coming weeks.

The big wild card in all of this is what ISPs really have in store. We already know ISPs have no problem simply shutting down traffic to businesses they deem a threat to their services. The question is, how will they operate once the rules stopping them are removed? Will they begin website blocking? Will they throttle? Will they really sell Internet like a cable package and allow access to a very small list of services? Will they do the unthinkable and not change anything? No one outside of the ISPs really know at this stage.

What is certain is that the vote is going to happen on December 14th. It is almost certain that it’ll be a 3-2 split along party lines. From there, the rules protecting the Internet will be repealed. After that, Americans will find themselves being pushed into a very big unknown that most believe will not be any good. Very few people that we see disagree with most of that prediction. For anyone outside of the US, it’ll be a case of hanging on and being prepared for a potentially bumpy ride.