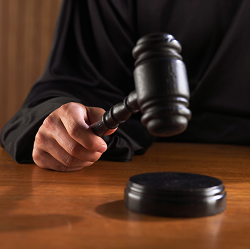 Malibu Media was dealt with a setback in a file-sharing lawsuit against an alleged file-sharer. It was an interesting case where the defendant said that the hard drive failed and it had to be replaced. Malibu Media claimed that this act alone constituted destruction of evidence. The court disagreed with the assessment and denied their motion.

There was an interesting development in one of the many file-sharing lawsuits filed by Malibu Media, a pornography company. In the MALIBU MEDIA, LLC v. Harrison case (Reference: Dist. Court, SD Indiana 2014. No. 1:12-cv-01117-WTL-MJD.), magistrate judge Mark J. Dinsmore recommended that Malibu’s “Motion for Sanctions Against Defendant for the Intentional Destruction of Material Evidence” be denied.

Court documents obtained by Freezenet details the very interesting set of circumstances that led to this. Malibu media accused a number of alleged file-sharers of copyright infringement over the work “Pretty Back Door Baby” on the BitTorrent protocol back in 2012.

The plaintiffs demanded the storage devices in the defendants possession for the purpose of collecting evidence:

Apparently, the replacement drive was paid for by someone else. The defendant said that this other individual owed him money for car parts and that the hard drive would be sufficient. The plaintiffs wanted to know what happened to the old drive and the defendant explained that the drive was taken to recycling where it would be melted down. These events led up to the motion by the plaintiffs. The plaintiffs motion was “Sanctions Against Defendant for the Intentional Destruction of Material Evidence”.

The court took the motion under advisement and conducted a hearing. That was where Malibu’s case began to fall apart:

Later on, a critical blow to the plaintiffs motion:

The timing of Plaintiff’s amendment and the service of its complaint also detract from an inference of bad faith. Plaintiff amended its complaint to add Harrison as a Defendant on November 9, 2012. […] Plaintiff, however, did not serve the amended complaint on Harrison until April 2013, […], after Defendant had arranged to order the replacement hard drive, […], and after the recycling of Defendant’s hard drive. […] Furthermore, Defendant testified that the service of the complaint was the first time that he became aware that he was personally being sued for copyright infringement. […] Thus, at the time of the destruction in February 2013, Defendant was not even certain he had been sued, making it much less likely that he destroyed the hard drive to hide information that could prove damaging in this litigation.

After analyzing a large number of facts of the case, the court struck the blow to Malibu’s motion:

A number of other elements the plaintiff filed was also shot down in court as well.

In short, there was no evidence to suggest that the destroyed drive was even involved in the alleged acts of copyright infringement. The court also found that there was no conspiracy to destroy evidence. The hard drive simply failed and needed replacing. The defendant had no real way of knowing that particular hard drive was to be preserved in court. The court also sided with the defendant that the drive wasn’t even used for the purposes of using BitTorrent in the first place. So, it just sounds like the plaintiff was simply barking up the wrong tree on this one as far as the court was concerned.

It’s hard to see this as anything other then a self-inflicted setback for Malibu. It’s hard to say where this case goes from here. We’ll be happy to report on any developments if we find anything.