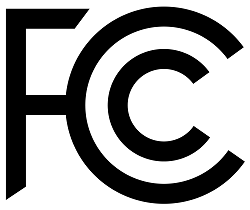 The battle for the open Internet is heating up. As the FCC plans to kill network neutrality, Internet companies big and small are pushing back.

We’ve been following the debate surrounding network neutrality for a while now. We previously posted about how the Federal Communications Commission (FCC) intends on killing network neutrality later this month with a vote. Network neutrality is a key pillar in keeping the Internet open. Without it, Internet Service Providers (ISPs) are free to block or throttle services that might compete against their own services. It is widely expected that the FCC will vote to kill these critical Internet protection laws at this point in time.

Of course, Internet companies don’t need to be told by a smaller news organization like us when their very existence is threatened. Late last month, many online services sent a joint letter to the FCC voicing their opposition to the gutting of network neutrality. Signatories include AirBnB, Electronic Gaming Federation Inc., Etsy, Foursquare, Github, Pinterest, Reddit, Shutterstock, Stack Overflow, Tumblr, Twitter, and Vimeo to name a very small number of them.

The letter, in part, reads as follows:

Because of the open internet, a web developer can launch a business out of their own apartment, an aspiring fashion designer in Wyoming can sell clothes in Los Angeles, or a caterer can find new customers in their town. Because of net neutrality, consumers and businesses have unfettered access to one another, increasing competition and consumer choice.

Disastrously, the Federal Communications Commission (FCC) last week released a draft order that would end this open commerce by repealing the current net neutrality rules and eliminating the protections that keep the internet free and open for America’s businesses and consumers.

Without these rules, internet service providers will be able to favor certain websites and e-businesses, or the platforms they use to garner new customers, over others by putting the ones that can pay in fast lanes and slowing down or even blocking others. Businesses may have to pay a toll just to reach customers. This would put small and medium-sized businesses at a disadvantage and prevent innovative new ones from even getting off the ground. An internet without net neutrality protections would be the opposite of the open market, with a few powerful cable and phone companies picking winners and losers instead of consumers.

Today, on the busiest online shopping day of the year, we, the undersigned businesses and trade associations, urge the FCC to maintain the current net neutrality rules and Title II classification of broadband internet. The current rules provide the protections necessary to protect net neutrality and ensure the internet remains a free and open marketplace that encourages innovation and supports robust competition.

Of course, the fight to save the Internet isn’t just being pushed by Internet organizations. American Internet users are also joining the fight as well. According to BattleForTheNet, over 760,000 phone calls have been made to protect the Internet so far.

The push to protect the Internet did not go unnoticed.

According to Recode, FCC Chairman Ajit Pai is lashing out at the Internet, saying that those protecting the Internet are engaging in harassment. From the report:

FCC Chairman Ajit Pai on Wednesday lamented the “harassment” and “threats” and “unfiltered rage” that often dominate social media, concluding he didn’t have an answer as to whether it had actually resulted in any “net benefit to American society.”

But he still acknowledged that social media had “downsides,” from the infusion of politics in “everything from entertainment awards shows to natural disasters” to the fact that “anonymity has made our discourse nastier.” It marked the second time in as many days that Pai had taken direct aim at Twitter and other tech giants, questioning the effects of their powerful, all-encompassing platforms.

“In a way, one could say that ‘social media’ is perhaps the most inapt phrase ever coined,” Pai said, per remarks shared early with Recode. “It allows us to stay in touch while keeping a distance. It has sped the breakdown in human interaction. It has fed the unfiltered id at the expense of genuine understanding. And it has to some extent enabled the worst of human impulses — the drive to associate only with one’s own and to exclude the ‘other.’”

“And this drive can spill from the virtual world to the real one,” Pai later added. “If you want to know where it leads, try visiting a college campus these days wearing a ‘Make America Great Again’ hat.”

Speaking during an event hosted by the R Street Institute, a conservative think tank, Pai accused Twitter of hypocrisy for its criticism of the FCC’s plan to repeal the Obama-era regulation.

“When it comes to a free and open Internet, Twitter is part of the problem,” Pai said. “The company has a viewpoint and uses that viewpoint to discriminate.”

Pai, a Republican, said Twitter’s own practices already violate the principles of openness the company espouses, accusing it of using a “double-standard” to police its own content. He cited the company’s recent regulation of “conservative users’ accounts,” apparently referring to Twitter’s recent decision to suspend and de-verify some prominent white nationalists and far-right users on its service.

Pai also noted Twitter’s decision to prevent Republican Senate hopeful Marsha Blackburn from being able to pay to advertise a campaign video with controversial remarks about abortion, a move which drew a torrent of criticism from conservatives.

“This conduct is many things but it isn’t fighting for an open Internet,” he said.

It’s unclear how a user violating a website’s code of conduct and being punished for it has anything to do with network neutrality and an open Internet.

If anything, this shows that the Internet and the FCC are on completely different sides on the issue of network neutrality. Numerous websites and hundreds of thousands of users are fighting to keep an open Internet through the Title II protections. Meanwhile, you have an FCC bent on scrapping those network neutrality rules. So, obviously, this is a major conflict that can only grow from here.

The vote itself is expected to take place on December 14.