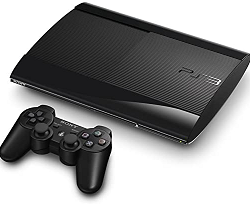 With a new year being upon us, we decided to offer a retrospective of the games we played on the Playstation 3 last year.

Welcome to the 43rd instalment of our video series. Today, we are doing a retrospective of the Playstation 3 video games we checked out over the last year. You can check out the video directly on YouTube or in the embed below:

Around this time last year, I showcased a recently bought Playstation 3. At the time, I had no idea what I was in for, only that a lot of people had a lot of good experiences with the console. After years of playing with the Nintendo 64, Super Nintendo, and even the NES, the question was, how was I going to enjoy it.

While I had my personal favourites, I wondered what you thought of the selection. Given that I was going on a per release year basis for the most part, did my shooting around in the dark yield a good mix of titles? Of the titles I ended up playing, did you agree with my favourites or did you like some of the other titles more than others? Let us know in the comments below!

Timestamps for the games featured in this video: