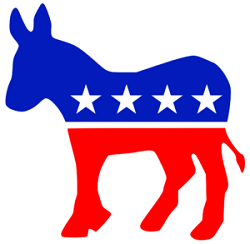 It’s been a well-documented problem that US carriers are throttling competing services. Now US senate Democrats want answers from four major carriers.

After the Republican controlled FCC voted to kill network neutrality, some had hoped that major US carriers would hold off on throttling and blocking of traffic until various lawsuits have been settled.

Unfortunately, that is not the case.

Sometime after the repeal, evidence began to emerge that major US carriers have taken full advantage of the destruction of network neutrality and begun throttling their competitors. In one study, it was discovered that ISPs heavily throttle services like Netflix and YouTube. The obvious reason many speculate is that there is hopes that people would eventually stop using those services in favour of their in-house competing services.

While some might be outraged by that development, the problem is that with the Republican FCC scrapping network neutrality in the US, such anti-competitive and anti-free market activities have now been legalized. There is little to no recourse should ISPs be caught trying to put the squeeze on their competition.

Still, despite the lack of any law putting a stop to all of this, it seems Democratic senators are at least trying to bring the issue to light. From Ars Technica:

“All online traffic should be treated equally, and Internet service providers should not discriminate against particular content or applications for competitive advantage purposes or otherwise,” the senators wrote.

Much of the throttling can be explained by carriers’ policies of limiting video throughput, particularly on lower-cost wireless plans, a practice that wouldn’t necessarily have violated the net neutrality rules repealed by the Federal Communications Commission. Current FCC rules don’t ban throttling or blocking, but the FCC still requires carriers to disclose throttling and other forms of network management.

The move may very well be political in the end, but it at least shows that Democrats are still supporters of the free and open Internet. Should there be a political shift in two years time, there is at least a reason for optimism that the damage done to the Internet can begin to be reversed. In the mean time, it’s hard to say how far this latest effort will go with every seemingly insurmountable obstacle in the way.