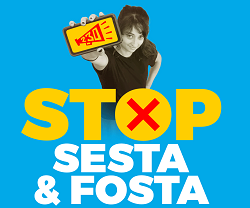 It appears the fight to stop the so-called anti-sex trafficking law FOSTA is far from dead. A court is hearing a lawsuit to block its enforcement.

If you run a website in the US that deals with dating or explicit material, then you don’t need to be told what FOSTA (Allow States and Victims to Fight Online Sex Trafficking Act) is. For those who don’t know, it’s an example of how the government is poking holes in Section 230.

A quick and dirty explanation of what the bill is that the bill creates an exception to Section 230. If sex trafficking happens on a given website, then the operators of the site, whether they knew it or not, would be held liable for the activities.

Many criticize the bill because it could endanger free speech online. Additionally, it also makes it more difficult for entrepreneurs to build dating websites because they could be held liable for the activities of their users. Others say that the bill ultimately endangers the lives of sex workers.

Regardless of the free speech, business, and implications it has on people, US president Donald Trump signed the bill into law in 2018. In response, Craig’s list removed their personals section from their site. A few dating websites also closed up shop over legal uncertainty of operating in the US. Other sites simply took the risk, changed the legal language of their terms of service, and hoped for the best.

Of course, you probably haven’t heard of any enforcement action as a result of this bill. There is actually a very good reason for this. The legislation is being challenged in a US court. Last Friday, a court held a hearing over whether or not the legislation is legal to enforce. From the EFF:

FOSTA, or the Allow States and Victims to Fight Online Sex Trafficking Act, makes it a felony to use or operate an online service with the intent to “promote or facilitate the prostitution of another person,” vague terms with wide-ranging meanings that can include speech that makes sex work easier in any way. FOSTA also expanded the scope of other federal laws on sex trafficking to include online speech, and reduced statutory immunities previously provided under Section 230 of the Communications Decency Act. The plaintiffs sued to block enforcement of the law because its overbroad language sweeps up Internet speech about sex, sex workers, and sexual freedom, including harm reduction information and speech advocating decriminalization of prostitution.

We haven’t heard anything since the hearing took place. Still, this does have major implications for online free speech in the US, so we’ll keep an eye on thins and bring you any developments as they come in.