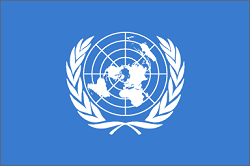 When the United Nation’s raises concerns about a threat to human rights violations in a country, what comes to mind? For a lot of Canadians, it might be some third world country run by a dictatorship being on the receiving end of those criticisms. Perhaps there is civil war and strife going on and people are being killed even. The last thing on many Canadian’s minds is the United Nations coming to Canada and having to intervene in a consultation process to put a stop to potential human rights violations.

That, sadly, is currently the case with the proposed site blocking measure. Michael Geist spotted the submission in the CRTC consultation process. The United Nations Special Rapporteur on the Right to Freedom of Opinion and Expression filed their own comments in the CRTC consultation process to say that the site blocking proposal represents a major threat to freedom of expression and threatens to put Canada at odds with International law.

While the enforcement of copyright law may be a legitimate aim, I am concerned that website/application blocking is almost always a disproportionate means of achieving this aim. Blocking an entire website/application will not only restrict allegedly infringing activity, but also cut off access to all legitimate content on that website or uses of that application. The risk that online expression will be disproportionately restricted is particularly high for websites/applications that are implicated in copyright infringement but also widely used to protect personal identity and security, such as VPNs, proxy services and peer-to-peer networks.

Even if a website/application is not ultimately blocked, the mere threat of blocking may have a significant and disproportionate chilling effect on its operation. Rather than risk the shutdown of their website/application, the owner/operator is more likely to err on the side of caution and take down material that may be perfectly legitimate or lawful. The threat of blocking may also incentivize owners/operators to proactively monitor their websites or applications for copyright infringement, increasing the risk of prior censorship.

The Special Rapporteur then turns to another frequently identified concern: the likelihood of over-blocking. Of particular concern is the definition for “piracy”, which “creates the risk that findings of piracy – and the subsequent classification and blocking of “piracy sites” – would be based on unproven or misleading allegations of copyright infringement.” The Special Rapporteur also notes the lack of consideration of non-infringing uses or proportionality. He also warns:

At least two of the proposed factors – consideration of past findings and efforts to evade legal action – appear designed to calculate the likelihood of future infringing activity. The possibility that blocking orders will be issued to prevent future infringements raises concerns of prior censorship, which is almost always disproportionate.

The Special Rapporteur also has concerns with the Internet piracy review agency, which he says lacks due process in light of procedural shortcomings. He identifies several problems:

What’s more is that it is now clear that the stakes are high in this debate. It puts pressure on Canadian regulators to reject the proposal because if they ignore Canada and pander to a handful of select corporate interests by adopting Internet censorship, Canada’s international reputation will take a massive hit. The very idea that Canada would be placed on the same stage as third world countries as far as free speech is concerned should make Canadians blush.

Having said that, the situation is still at a stand still. The CRTC still has to make a decision on whether or not to adopt Internet censorship. It is still unclear which way the CRTC is leaning on the issue at this stage.