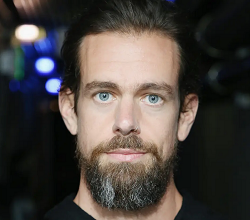 Jack Dorsey, CEO of Twitter, said that banning Donald Trump was the right move. However, he also acknowledges the risks to free speech.

For most people, it was the most significant PR blow outgoing president, Donald Trump, has taken online. After countless warnings and after his supporters launched a terrorist attack on the US Capitol after his encouragement, Twitter banned Donald Trump permanently.

As so many know, Trump used his Twitter account for many of his moves and comments. Besides the bully pulpit of the actual presidency, Trump’s Twitter account was his biggest bull horn. Taking that bull horn away significantly reduced his reach and, subsequently, quelled one of the biggest sources of misinformation around. In banning Trump, this also helped to mitigate the risk of him encouraging his supporters to launch further terrorist attacks on the United States. It doesn’t stop the threats by any means. After all, there are still fears that his supporters will launch additional terrorist attacks anyway. Still, the move put a dent in this encouragement.

Now, we are learning that Jack Dorsey, CEO of Twitter, is speaking out about the ban. He says that banning Trump is the right move, but acknowledges that there is a real risk to freedom of speech. From the BBC:

Twitter boss Jack Dorsey has said banning US President Donald Trump was the right thing to do.

However, he expressed sadness at what he described as the “extraordinary and untenable circumstances” surrounding Mr Trump’s permanent suspension.

He also said the ban was in part a failure of Twitter’s, which hadn’t done enough to foster “healthy conversation” across its platforms.

He reiterated that removing the president from Twitter was made after “a clear warning” to Mr Trump.

“We made a decision with the best information we had based on threats to physical safety both on and off Twitter,” Mr Dorsey said.

He also accepted that the move would have consequences for an open and free internet.

“Having to take these actions fragment the public conversation. They divide us….And sets a precedent I feel is dangerous.”

As we noted earlier, the Electronic Frontier Foundation (EFF) has weighed in on the ban. The EFF didn’t necessarily condemn the move. In fact, they noted that because Twitter is a private company, they are well within their rights to make that move. Still, they did call for more transparency and a better application of human rights when it comes to making decisions like that.

From our perspective, its exceedingly difficult to even find an approach that says that what Twitter did was wrong. Even if one were to take the purist free speech approach to this to make the case, the push falls flat when you take into account the rights a private company has and how the law deals with it.

The only people we see that are upset at the ban besides Trump are his supporters who are pushing for a total war and his sympathizers. A lot of those arguments revolve around how their leader is being unfairly targeted. If anything, the situation is unfair and favored Trump more than anything else. If a normal user did what he did, that user would have been banned years ago. Trump, meanwhile, simply got coddled and leaned on his “special status” to avoid the consequences of his actions. As far as we are concerned, that argument simply doesn’t fly.

As we noted yesterday, Trump was impeached a second time for his role in inciting the insurrection. 10 Republican’s voted for the impeachment. This is largely over the realization that launching a terrorist attack is generally frowned upon in a democracy.

While it is the most bi-partisan impeachment yet against Trump, this also means that the rest of the party voted against it. Now, we are learning that Republican’s who voted against the impeachment are beginning to face consequences. A number of companies are now pulling their funding for those Republican’s. Some are even demanding a refund on top of it all. From Fox:

Facebook, Lyft and DoorDash announced Wednesday that they will no longer be donating to the Republican Attorneys General Association after reports that the group helped organize robocalls urging protesters to descend on the Capitol on Jan. 6, when a violent mob attacked the building.

Popular Information, a newsletter by Judd Legum, which first reported the decision by the three companies, added that The University of Phoenix is demanding a refund from the group to the tune of $50,000 that it donated in 2020.

The prosecutors association and its fundraising arm, the Rule of Law Defense Fund, paid for the robocalls to go out the day before the riots that killed five people — including a Capitol police officer.

Although the calls did not specifically advocate violence, they encouraged supporters to march to the Capitol while lawmakers were gearing up to certify the results of the presidential election.

The calls told Trump supporters to “stop the steal,” peddling a conspiracy of widespread voter fraud spearheaded by President Trump.

The CBC is noting that Amazon and Citigroup have also halted their donations. This in addition to a number of other companies:

Republicans in the U.S. Congress faced growing blowback on Monday from businesses that said they would cut off campaign contributions to those who voted last week to challenge president-elect Joe Biden’s victory.

The announcements by Dow Inc., American Express and Amazon, among others, threaten to throttle fundraising resources for Republicans who will soon be out of power in the White House and both chambers of Congress.

“Given the unacceptable attempt to undermine a legitimate democratic process, the Amazon PAC [political action committee] has suspended contributions to any member of Congress who voted to override the results of the U.S. presidential election,” Amazon spokesperson Jodi Seth said.

Hallmark Cards Inc. and MasterCard both confirmed they were suspending donations after reports earlier by Popular Information, a political newsletter.

Greeting-card giant Hallmark, based in Kansas City, Mo., and a large employer, said in a statement its political action committee requested Missouri Sen. Josh Hawley and Kansas Sen. Roger Marshall, both of whom objected to Biden’s certification, return all campaign contributions.

Coca-Cola is another company saying that it is pulling funding from Republican enablers. From Bloomberg:

Coca-Cola Co. is suspending political donations, aside from a previously planned contribution to the inauguration, as a result of the “unlawful and violent events in our nation’s capital last week.”

The beverage giant said in an emailed statement that the situation will factor into future contribution decisions, without specifying exactly how. Coke will still follow through with its plan to give a $50,000 cash donation and $60,000 in commemorative bottles to the inauguration of President-elect Joe Biden.

The Hill says that this is part of a larger wave of corporations pulling funding from Republican enablers:

Blue Cross Blue Shield Association said it would suspend contributions to lawmakers who “voted to undermine our democracy.” Separately, in an internal email obtained by The Hill, it said it will not give its annual contributions to the National Republican Congressional Committee, which is the House GOP’s campaign arm, or the Republican National Committee, which is led by President Trump’s hand-picked chair, Ronna McDaniel.

“At this time we are pausing all political giving to any Member who objected to the certification of the election. Also I do not want us to give our annual contributions to the NRCC or the RNC at this time — and please let me know if there are other contributions we should pause at this time,” the email said.

Marriott will be suspending donations to the GOP senators who objected to certifying President-elect Joe Biden’s victory and said it will judge other donations based on which lawmakers oversee leadership political action committees (PACs).

“[W]hile we occasionally give to leadership or other industry PACs, the majority of our contributions are directly to candidates. If someone on this list oversees a Leadership PAC, we will not support it so long as this policy is in place,” a Marriott International spokesperson told The Hill.

“The bp employee political action committee will pause all contributions for six months. During this time the PAC will reevaluate its criteria for candidate support,” the company said in a tweet.

As a result of this wave of corporations heading for the exits, the Republican’s are fearing a cash crunch. From the Financial Times:

When Rick Scott, the Republican senator from Florida, ran for a job as one of the party’s foremost fundraisers last year, he was seen as such a natural fit that he was appointed without opposition.

Two months later, Mr Scott’s future as chair of the National Republican Senatorial Committee — the main fundraising vehicle for the party’s Senate candidates — is in doubt after he joined an effort to block the certification of Joe Biden’s election victory.

The ill-fated effort to overturn the result, and the violent assault on the US Capitol that followed, has prompted a backlash among a constituency that the Republican party cannot live without: its donors.

If anything, this highlights just how quickly the political landscape is moving in the wake of the DC terrorist attack. This over top of the significant questions larger platforms are having to grapple with. What do you allow a high profile politician to say or do? Where is the line between acceptable and unacceptable behavior? What is adequate moderation transparency? How can a platform apply the rules in a fair manner between high profile users and everyone else? These are some of the questions that platforms will likely be grappling with for a while.

While some might point the finger at these platforms and accuse them of being the main source, the problem extends well beyond those platforms. Already, there are “newspapers” and traditional broadcast TV outlets that are pushing far right propaganda. The idea of checks and balances within government has been completely destroyed (much to the astounding of those who believed they were a thing). Political norms seem to be all but forgotten. Holding officials accountable seems to be a concept that has been long forgotten. The problems Trump exposed are systemic and go straight to the core of democratic processes and traditional business – let alone what goes on in the online world.

The rebuilding process is going to take a lot of time and a lot of hard work. One can only hope that the world will be better off on the other side of this.