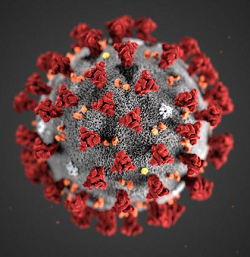 If you thought that we’ve reached the height of absurdity of Trumps war on Section 230, you are sadly mistaken. Earlier, Donald “My Own Hotel Conceded the Election” Trump defunded the military by issuing a veto on the National Defense Authorization Act (NDAA). He did so because the NDAA didn’t include provisions that repealed Section 230 – a critical free speech law. Congress has since overridden the veto and the law is heading back to the Senate.

The sorry affair very likely added a few grey hairs to observers of both technology and digital rights. After all, they didn’t ask for any of this. Most people who actually know and understand the law are pretty much universally begging lawmakers to leave the law alone. Now, many are feeling they got more or less dragged into this fight and find themselves explaining what Section 230 is and why it needs to be left untouched over and over again until they are blue in the face.

While the NDAA affair gave some a few more grey hairs, the more recent developments are no doubt causing some to start reaching for things like heart medication. Right now, Trump is attempting to tie Section 230 repeal laws to COVID relief funds.

As some are no doubt aware, Republican’s passed COVID relief funds that allowed American’s to start getting $600 checks to keep them afloat. Democrats wanted $2,000 checks because $600 checks is obviously not enough. Weirdly enough, Trump agreed with the Democrat idea of $2,000 checks. So, he pretty much decided to refuse to sign the relief funds that were finally passed. As a result, the old benefits lapsed and well over a million American’s feared that they were going to be evicted from their own homes. So, instead of getting $600, Trump basically gave American’s nothing at all. After that, Trump flip-flopped and signed the bill, allowing American’s to get something after all instead of nothing.

Afterwards, Trump renewed his efforts to bring in those $2,000 checks. He decided to, in the process, try and tie Section 230 repeal laws into that as well. From TechCrunch:

Tech got dragged into yet another irrelevant Congressional scuffle this week after President Trump agreed to sign a bipartisan pandemic relief package but continued to press for additional $2,000 checks that his party opposed during negotiations.

In tweets and other comments, Trump tied a push for the boosted relief payments to his entirely unrelated demand to repeal Section 230 of the Communications Decency Act, a critical but previously obscure law that protects internet companies from legal liability for user-generated content.

The political situation was complicated further after Republicans in Georgia’s two extremely high-stakes runoff races sided with Trump over the additional checks rather than the majority of Republicans in Congress.

In a move that’s more a political maneuver than a real stab at tech regulation, Senate Majority Leader Mitch McConnell introduced a new bill late Tuesday linking the $2,000 payments Republicans previously blocked to an outright repeal of Section 230 — a proposal that’s sure to be doomed in Congress.

McConnell’s bill humors the president’s eclectic cluster of demands while creating an opportunity for his party to look unified, sort of, in the face of the Georgia situation. The proposal also tosses in a study on voter fraud, not because it’s relevant but because it’s another pet issue that Trump dragged into the whole mess.

The way the approach was handled in getting Section 230 repeal into the NDAA made it extremely difficult to obtain any kind of success. This is putting it incredibly lightly. As we are seeing event unfold, it is looking increasingly obvious that this is going to be yet another failure for Trump. At this point, that is an extremely common situation for him. This latest idea is even less likely to be a success. What is likely is that this latest mess is going to be another huge waste of time for everyone. The sooner this latest attempt to kill Section 230 dies off, the better everyone will be.