There are games lists that celebrate the best and brightest in gaming. This isn’t one of those lists. It’s time for the third annual top 10 worst games we’ve reviewed. 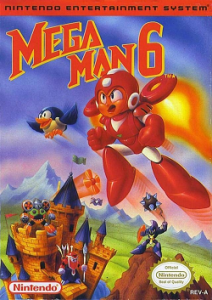 Picture a game that did many great innovative things. Picture the sequel to improve on those innovations and make it a great game. Then, picture the next game just copying the same thing. Then, the next game once again copies the same thing to make those innovations a tired repetition. Now, picture that series doing the same thing two more times just because it can. Those innovations eventually become something you would want to scream out and say, “Enough! Give me something new and cool for a change!” That’s pretty much what this game did. It took a set of innovations and turned them into tired old cliche’s and had the audacity to not care and repackage it too many times. With a lack of innovation, Mega Man 6 kicks off our top 10 list.
Score: 58%

It’s up to you to crack the code and beat the game. Sounds like a nice start to a game, right? Unfortunately, this game barely goes beyond the tech demo stage and into a truly playable game. While decent if you want a computerized version of the board game Mastermind, this game just doesn’t do much more then that.
Score: 58%

You expect a game to be about pirates or sailing on the high seas. So, what do you get? Stick figures that you move around on squares as you hunt for, uh, flags in a random guessing game. Where are they? Who knows? You might get a vague hint or two from flipping other squares, or you might get blasted by a bomb and send yourself to the beginning. What does that have to do with pirates? I really don’t know.
Score: 58% 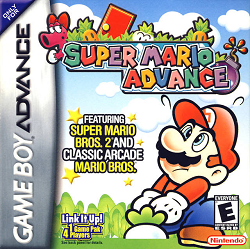 Super Mario can often be a great franchise to turn to when Nintendo wants to show off what a new platform is capable of. It can show off new camera capabilities, graphic capabilities, and a whole lot more on what a system can do. This game not only didn’t really do much to show off the handheld system capabilities, but also rehashed an old arcade and NES game – and not really in a good way either. It even went so far as to make one of the classics virtually unplayable.
Score: 56%

Oh Atari, it’s often difficult to tell if a game is going to be great or a miserable fail. With high hopes, I thought Motocross was going to be a half decent top down racer. Instead, we got a racer with flags with unclear uses, a fuel tank that randomly runs dry, and graphics that are inferior to other console games at the time, this game just misses the mark.
Score: 56% 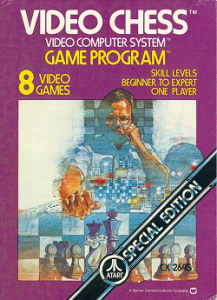 How can you go wrong with chess? After all, this is a system with limited capabilities, why not throw on a chess game tat is equally simple, but fun. Unfortunately, you can go wrong if you end up with a half broken game.
Score: 56%

Yet another game that simply doesn’t get off of that tech demo stage. This game does feature a few casino games, but some of the other games are nowhere to be found in any casino. I know of gambling games that are certainly worth playing, but this is definitely not one of them.
Score: 52% 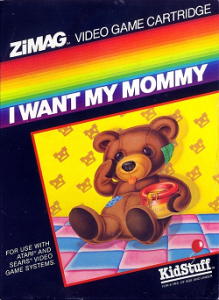 While the premise is a kid going through a nightmare world. Playing this game winds up being a nightmare. Boasting only 2 – yes, 2 levels, this game has barely any content whatsoever. With confusing concepts and a poorly thought out concept of directing this to kids, this game just flops on many levels. This isn’t even touching on the “What the-?” art in this game.
Score: 44% 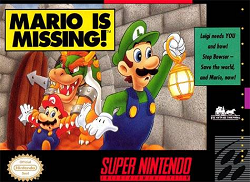 While there was some impressive emphasis on architecture in the art department, that is about where the positive elements in this game ends. It’s impossible to die. The concepts found in this game are confusing. They even made Yoshi look a bit like a green penguin. This game shows that the road to hell can be paved with good intentions with it’s education-minded concept. Still, it may come as a surprise that this game comes at number 2 for some. What could be worse than this game?
Score: 32%

Not only is this little more than a tech demo, it’s a tech demo with only one game. Not only is this a single card game minded game, but the game wasn’t very well implemented. This game tilts the odds in the computers favor. If you hit a push, you still lose. With an unfair disadvantage built on top of what is little more than a tech demo, there’s little wonder why this game is the 2016 worst games we’ve played all year.
Score: 30%

There you have it! Another year of remembering experiences that we’d rather forget. Stay tuned, though: tomorrow, we count down the top 10 best games we’ve reviewed all year!