Welcome to the 5th edition of the top 10 worst games we’ve reviewed all year. 2018 was a year of a lot of new experiences for us as we tackled a lot of brand new series and games we’ve never even heard of before. So, which one of these experiences impressed us the least? That’s what we’re here to find out.

With a year filled with games we’ve never heard of before as well as tackling game series we’ve never actually tried before, there’s always going to be a risk of games simply failing to impress. While we got to try games that really excited us, we also ended up finding a number of duds in 2018. This year, we were spoiled for choice at what will make this list this year, so there are a number of bland experiences that surprisingly got knocked off the list. In short, some titles dodged a bullet this year. So, which games made the list this year? Let’s get right to it.

A racing game that ultimately becomes a time trial around 4 tracks. Combine that with wonky physics and a nails on chalkboard audio experience, and you get added to the list.
Score: 54% 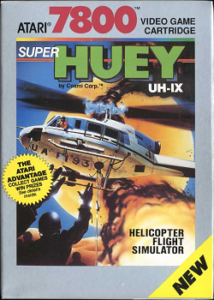 Take control of a helicopter and shoot down incoming enemy helicopters in this first person shooter game. Sounds exciting at first. Unfortunately, this game ends up being a turret gunner with two other modes that are next to impossible to figure out.
Score: 54% 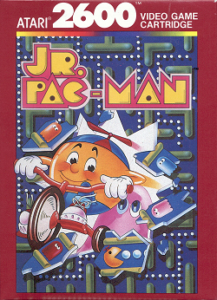 We’re not sure what Pac Man did to deserve such an awful rendition of the game, but here you have it. While not the worst Pac Man game we’ve played, this game did re-iterate a point to us we never sought in the first place: The Atari 2600 can’t handle Pac Man. Flickering graphics and wafer pellets return and combine forces with the non-sensible edible bonuses to make this a lousy play.
Score: 46%

The game boasts a more novel feature of having no left and right wall to each level. Unfortunately, when it’s next to impossible to see past two tiles, the game quickly devolves into a game about memory work more than anything else. Add some bizarre “fishing” levels in between the towers that pit you against objects that look more like shrimp than anything else, and you end up with an added layer of strange to the picture. I’m still not entirely sure what I just played.
Score: 46%

Try controlling two characters at once on any video game. Just imagine that as a mandatory requirement. Add in extremely frustratingly difficult courses to navigate through and you get this game. If you can survive more than 20 seconds on level 2, my hats off to you.
Score: 46%

A top down shooter that tries to pretend that a couple of years of progress in the game industry didn’t happen. It then takes baby steps to improve things and expects game fans to be impressed. In the end, you get a game that is very out of date for the year it was released.
Score: 44%

Truly a tale of two consoles for this game. On the more powerful Atari 7800 system, this game turned out pretty good. Meanwhile, this game got released on the weaker Atari 2600 game. The results were pretty bad. Confusing gameplay and barely comprehensible features already make a bad game worse. The dated graphics for the year it was released (1990) just pushed the awfulness over the top for this one.
Score: 44%

We now made it to the top three and this was always going to be a candidate that sparked ire. Even die-hard fans of the Atari system wrinkle their nose at this one. An extremely short game with virtually no replay value is certainly a toxic mix for any game. This is certainly no exception.
Score: 38% 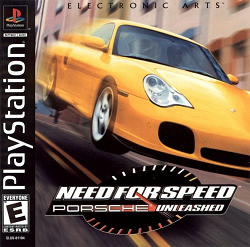 This game series truly ended it’s run on the Playstation on a sour note. While the open world concept is certainly a welcome thought, that is the extent of any good idea this game had. The game shows the series took a step back in graphics and the gameplay ends up being extremely cheap. The broken physics doesn’t help matters. To add insult to injury, any tiny bump costs you in the game itself. Oh, and all the cars on the course almost all look like the same in each race too.
Score: 32%

You play a crosshairs. You can’t let the crosshairs get hurt either. You can’t let the bugs reach the top. Lizards count as bugs… apparently. With awful graphics and nonsensical gameplay, this game manages to top the list in truly terrible game play. With a shelf life of about 15 minutes and no replay value, this game manages to edge out every other game and goes down big.
Score: 30%

Like we said, we were truly spoiled for choice this year. So it’s a full house in the honorable mentions side of things as well. Here are some bland games that didn’t quite make the list, but do deserve a mention.

Commando (Atari 2600): This is the game that couldn’t quite make the slip from the list this year. A game that may be decent for the system, but not for the expectations of what a game should be at the time.
Score: 60%

Need for Speed III: Hot Pursuit (Playstation): This game did have potential to impress, but it failed to do so. It took a big selling feature and buried it into a minor side feature in the game itself. As a result of this game, and the particularly lousy follow-up, I certainly started to worry for the series.
Score: 60%

Planet Smashers (Atari 7800): While this game did make progress on the Atari system, it still ended up being rather dated. The bleak graphics and the knowledge that you are going to lose didn’t win many favors for this game. The terrible ending when you lose only added insult to injury.
Score: 58%

Scrapyard Dog (Atari 7800): Even though the game took strides to try and one-up the original Super Mario Bros game, it simply failed to impress. The reason is the fact that it came out after the second Mario game was flooding the market already. In the end, the game winds up being nothing more than a dated attempt to establish some kind of a market share.
Score: 58%

Donkey Kong Jr. (Atari 7800): It may be a classic, but the only thing this game manages to accomplish is to be a port for the system. A game that really doesn’t jive with the time it was released.
Score: 56%

That’s it for now. Check us out tomorrow as we count down the games that did impress us.